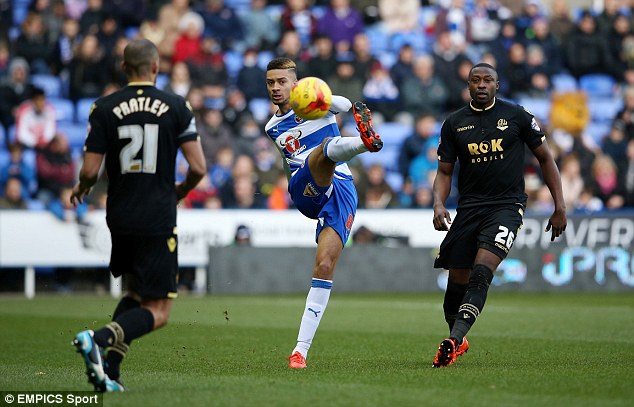 Chelsea are looking to bring the young Reading defender Michael Hector back to Stamford Bridge immediately.

The English defender was loaned out after signing for the Premier League champions and has impressed at the Championship club.

Jose Mourinho is thought to be keen on bringing him back after considering side’s defensive problems.

Hector was signed on deadline day for a fee of 4.5 million pounds and is rated highly by the Reading coaches.

Reading executive Samrit Thanakanchanasut has stated that Chelsea have been in touch regarding the young defender and want to bring him back to Stamford Bridge.

Thanakanchanasut told Goal: ‘Chelsea want him back early but I think we’ll retain him as we agreed until the end of the season’.

Initially the Blues were prepared to loan him out and let him develop with more first team football, but injuries and poor form has forced Mourinho to consider alternatives.

Hector is now set to return to Chelsea if the Blues can agree a compensation for an early cancellation of the loan.

The England defender will then be included in Jose Mourinho’s squad and is expected to make the step up to the Premier League this season.

Chelsea’s decision to bring him back makes perfect sense now after the club captain John Terry was stretchered off during the Champions League clash against Maccabi yesterday night.