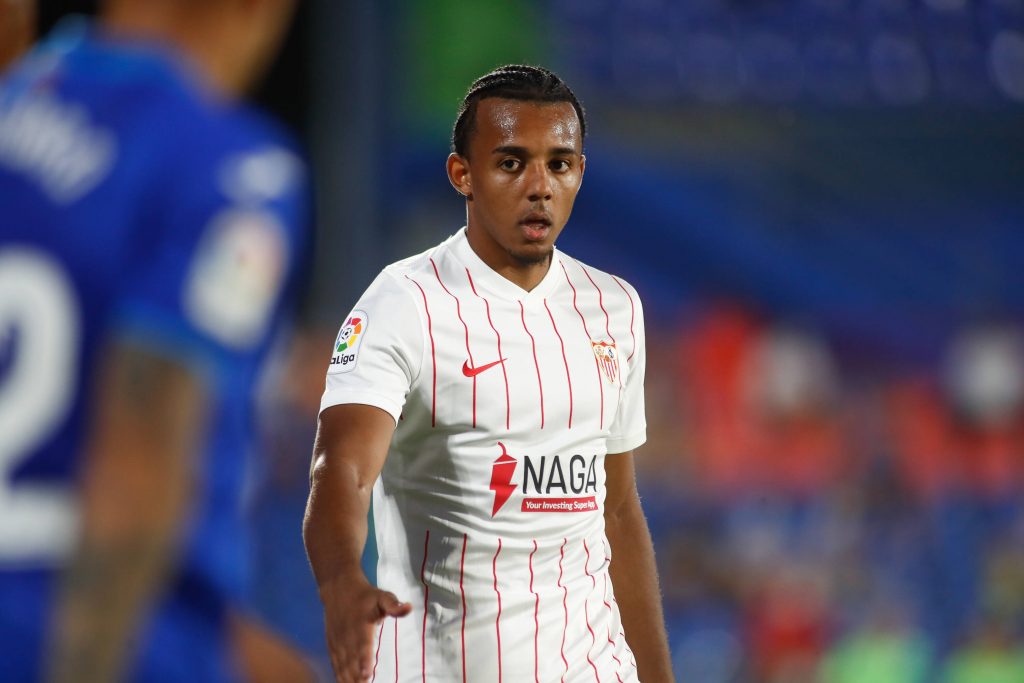 Sevilla have made it clear to Chelsea that they won’t negotiate the price tag for Jules Kounde on transfer deadline day, Spanish publication Sport claims.

The Blues have identified Kounde as their main central defensive target, and they recently made an approach after the sale of Kurt Zouma to West Ham United.

However, their opening bid of around €50 million has been by the La Liga outfit. The Spanish club are looking for a package between €60-70m for the 22-year-old.

The Blues must meet the valuation by today, or Sevilla won’t negotiate with them. The European champions will have to trigger the €80m release clause on deadline day.

The west London giants are good at negotiating for their top targets, but Sevilla are happy to keep Kounde at this current point in time.

The club rejected an offer of €55m from a Premier League club last summer, and they are clearly eyeing a higher fee to part ways with their prized asset.

The Blues have funds on the table after recouping the entire investment on Romelu Lukaku (€115m) from player sales during the course of the transfer window.

They have the chance to land Kounde for a negotiable sum by today. It won’t come as a surprise if the hierarchy seek to finalise a quick deal to avoid paying €20m more.

The club are loaded with centre-backs despite Zouma’s exit. They have Thiago Silva, Antonio Rudiger, Andreas Christensen and Cesar Azpilicueta as the senior options.

Trevoh Chalobah, who recently made his breakthrough with standout displays, is another choice in the squad alongside young duo Malang Sarr and Ethan Ampadu.

A couple of the young centre-backs could be loaned out if Kounde arrives. Sarr and Ampadu appear the most likely to leave on temporary stints.