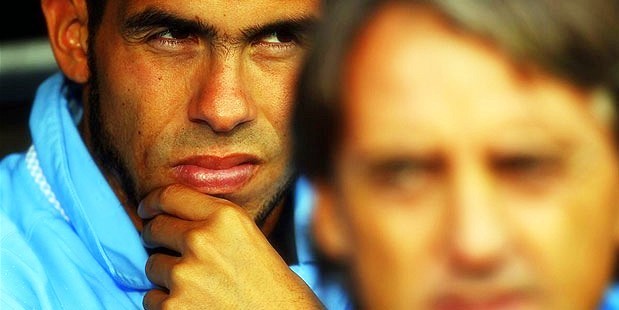 Manchester City manager Roberto Mancini was furious with the reporters when asked to comment about the speculation surrounding his future. The Italian is determined to mount a late and serious title challenge while he knows one more mistake and the race is more than history, if not already.

Chelsea on the other hand are lying in a bit of a twilight zone. The Blues aspire to finish further high up the table and overtake their opponents on Sunday while any slip ups will allow the top four contenders to exploit their position.

Mancini has reiterated time and again this season that if they had closed the gap successfully and won by title from a near impossible position last season, there is no reason why the same cannot be repeated this term too. The difference is it is now Manchester United’s title to loose.

They are 12 points behind the league leaders and have only the FA Cup to distract them this season. City have the best defensive record in the league, conceding only 24 goals, four less than any other team and their home form are equally impressive enough, managing nine wins in 13 home games.

Mancini has harboured concerns over the fitness of skipper Vincent Kompany who missed the last four games with a calf injury which is taking a longer time to heal than earlier expected and remains a doubt for Sunday’s clash.

Midfielder Gareth Barry who missed last week’s FA Cup action against Leeds United with an ankle injury is also doubtful for this tie while right back Micah Richards remains sidelined with a knee injury.

Joleon Lescott is likely to partner Matija Nastasic while Carlos Tevez who missed the last Premier League game against Southampton on compassionate grounds should start again alongside compatriot Sergio Aguero up front.

The Blues are heading to this match on the backdrop of an important victory over Sparta Prague that secured their progression to the last 16 in the Europa League. Though fans are still not convinced with Rafael Benitez, a victory against Manchester City will silence the critics and supporters for some time now.

Chelsea are only four points behind their opponents on Sunday and are aiming to finish above them in the league. With strike department failing to provide necessary impetus, Chelsea will be relying on their midfielders to score.

Veteran Frank Lampard who has not been given a new contract has scored 11 goals already while Juan Mata has bagged 10 goals under his belt.

Chelsea have a clean bill of health going into this tie with only Oriol Romeu absent but Benitez will do some alterations in the side from the team he played in Europe. Fernando Torres, who produced yet another listless performance in the last game, could be replaced by Senegal international Demba Ba.

The Blues will bring back left back Ashley Cole defender Branislav Ivanovic back into the side after the duo were rested for the Europa league tie against Sparta Prague.

Manchester City are going through a rough patch, having not won in their last three league games (D2, L1) for the first time this season. Mancini prefers Tevez to partner Sergio Aguero, but the Argentina striker has failed to find the net in his last eight league appearances whereas Edin Dzeko, who gets the tag of “super sub”, scored six goals in his last seven league games.

Chelsea are looking to register back to back victories for the first time this year. The Blues have scored 55 goals in the league so far, but bulk of the scoring has come from the midfielders. Lampard is on the verge of making history at the club and is only three goals behind Bobby Tambling’s club record tally of 202 goals.

Chelsea hold a good record against City overall. They have won 55 league games against them while City have managed 43 wins throughout the history. However, what matters most is the recent performances. Chelsea lost on their last three visits to City, but overall have managed 10 league wins in 15 away encounters.

In the corresponding fixture, the match ended in a drab stalemate draw. City however won the Charity Shield in August by defeating them and won five of their last eight matches against Chelsea in all competitions. 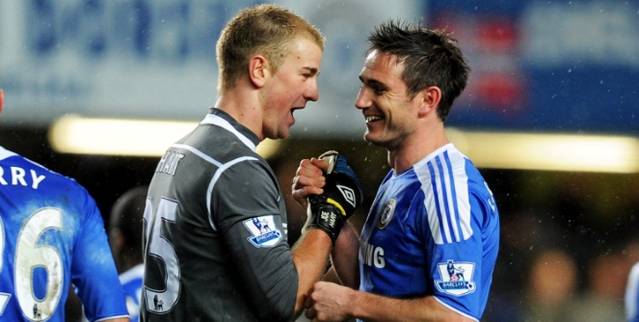 City have managed only two wins in their last five games. Since their victory against Stoke City in the league on 26th January, they have drawn twice against Liverpool and QPR and lost against Southampton in the league. However, the club is looking to rectify their league form by taking the confidence forward from their recent 4-0 FA Cup triumph over Leeds.

Chelsea have lost only game in the month of February out of five but have played two league games only during this period. Since the defeat at the hands of Newcastle United, they have won matches against Wigan (league), Brentford in the FA Cup and Sparta Prague in two legged rounds in Europe.

This game will test the championship mettle of City. Despite the whacking gap with United, pundits and critics haven’t lost the faith, just yet, with Mancini’s men. Back to the walls, they have to prove now.

For Chelsea, they have enough motivations to play for. The Londoners can still finish the season on a high but most importantly they need to distance themselves of the constant threats from the clubs vying for Champions League spots.