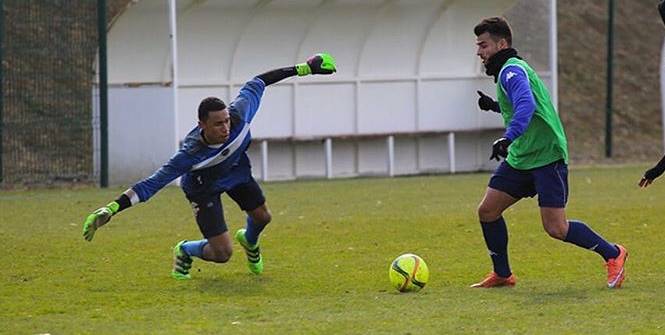 The Blues have invested a lot of money on youth players over the last few years and they are committed to strengthening their academy.

According to French newspaper L’Equipe, Chelsea are looking to sign the Troyes goalkeeper this summer.

The Chelsea executive, Marina Granovskaia, who also happens to be an advisor of Chelsea owner Roman Abramovich has taken matters into her own hands regarding Diouf’s transfer and is looking to submit an offer for him.

The player’s contract at Troyes expires at the end of next season, and Chelsea are hoping to sign him on a bargain this summer. L’Equipe are claiming that Chelsea are poised to make a bid of €400,000 plus bonuses up to €1m for the talented keeper.

Diouf is currently a key member of the Troyes U19 squad and is already training with the senior team. Troyes are having a very poor season and are set for relegation. The French club have conceded 72 goals so far this term.

If the Diouf deal goes through, it could be Antonio Conte’s first signing at Stamford Bridge.