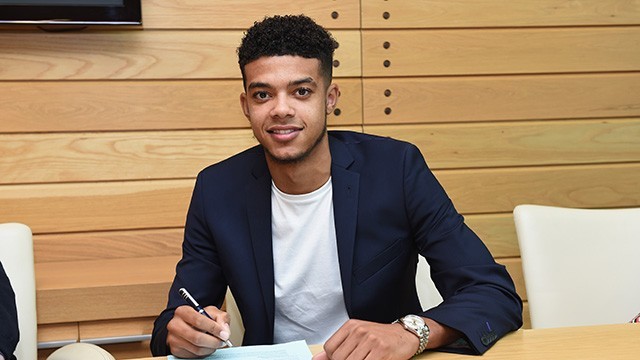 Chelsea have agreed a new deal with England U19 defender Jake Clarke-Salter.

The highly rated young defender has signed a new contract at the club until 2019.

Clarke-Salter, 18, has impressed with the youth teams and was included in Chelsea’s pre-season tours this year.

His strong performances for the club’s Under-19 and Under-18 sides has been rewarded with a new long term deal. Clarke-Salter has also played in every game of Chelsea’s victorious UEFA Youth League campaign, and has featured for England at Under-19 level.

After the number of first team chances given to Loftus-Cheek and Kurt Zouma, Clarke-Salter will know that if he can continue his progress he could be the next youngster to break into the first team.

Furthermore, Chelsea are lacking in the centre back department and if he can show his maturity and determination for the U19s, the England youth international could well force himself into Mourinho’s plans even if it is as a backup.

Clarke-Salter has been with Chelsea since he was 9 years old and will be delighted to continue his development as a footballer at a prestigious club like Chelsea.