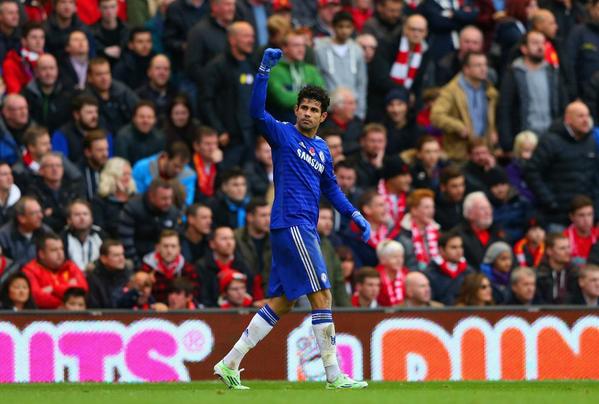 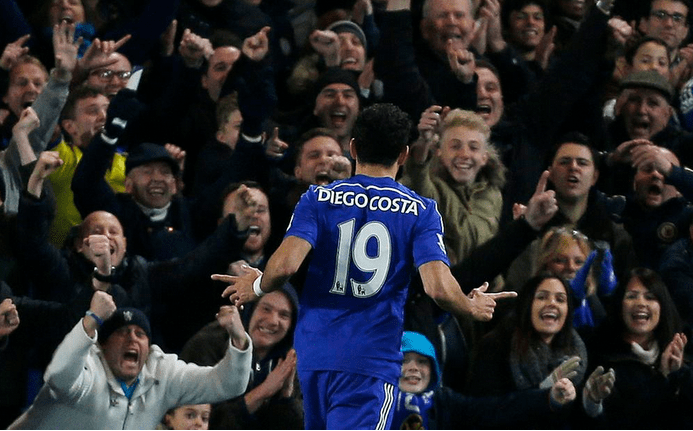 The Blue juggernaut rolls on, as Chelsea beat Hull City 3-2 to go six points clear at the top with a game in hand.

The only bad news for the Chelsea fans is striker Diego Costa has injured his hamstring again and will be assessed on Monday.

The 26-year-old scored his 20th goal of the season after finding the net in the 9th min of the match to give Chelsea a 2-0 lead, but was replaced by Loic Remy with 15 minutes remaining.

Chelsea do not play in the Premier League before 4th April but Costa participation for Spain national team remains in doubt.

Costa’s first season at the London club has been a huge success but he has missed several games this season through hamstring injury before.

Chelsea manager Jose Mourinho describes Costa as fragile but says the hamstring is not a strong one:

“If he cannot play in the next game against Stoke in 15 days, we have Remy, we have Didier Drogba,” says Mourinho.

“We know his hamstring is not a strong one. He works hard in the week to compensate for the weakness he has there but the injury can come.

Despite scoring two early goals, Hull City came back strongly in the match and restored parity, but French striker Loic Remy sealed the match in favour of Chelsea with over 10 minutes remaining.