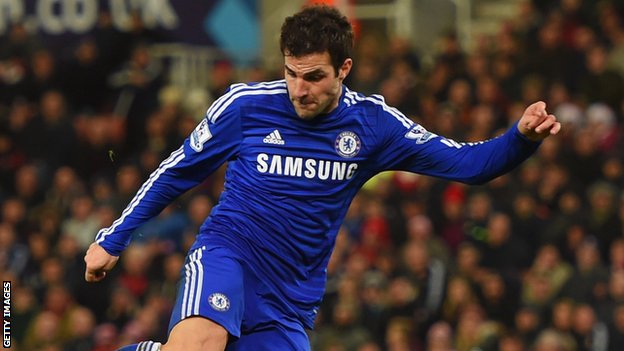 Chelsea may have picked up a famous victory last night over Liverpool to book a place in the Capital One Cup final, but it has come at a cost. The brutal, unforgiving encounter at Stamford Bridge, which went the distance and concluded in a 1-0 win for the Blues after extra-time, has left some key players battered and bruised. And with a top-of-the-table clash against Manchester City coming up on Saturday, that cannot be good news for Jose Mourinho.

The biggest injury worry for Mourinho for Saturday is Cesc Fabregas. The talismanic midfielder came off early in the second half with a hamstring injury, after a collision with teammate John Terry. The Spaniard, who leads the assists chart in the Premier League this season, has been one of Chelsea’s most important players. Even though he has not yet been officially ruled out, he is a major doubt.

Chelsea’s Cesc Fabregas is an injury concern for the Premier League match against Manchester City with a tight… http://t.co/xkedBznKg6

Ramires replaced Fabregas last night and put on a very good showing, garnering a lot of praise from his manager after the game. The Brazilian may therefore not be a bad option against City with his tireless running, but there is no doubt that he doesn’t possess anywhere the amount of creativity that Fabregas does.

The other two injury concerns are both defensive ones and could be significant too. Chelsea have been exposed at the back time and again of late, with League One side Bradford City putting four past them at the weekend in the FA Cup. Even though they managed a shut-out yesterday, the two full-backs, Branislav Ivanovic and Filipe Luis came away with minor knocks.

Luis was replaced late in normal time by Cesar Azpilicueta after picking up a calf injury, while Ivanovic had a bloody foot after clashing with Philippe Coutinho. The latter happened midway through the second half, but the Serbian played through the pain and was the one who got in the winner four minutes into extra-time. This suggests that he should be fine for the City game, even though he did need stitches on his foot after the match. Azpilicueta would be an obvious and ready replacement if Luis is unable to recover. 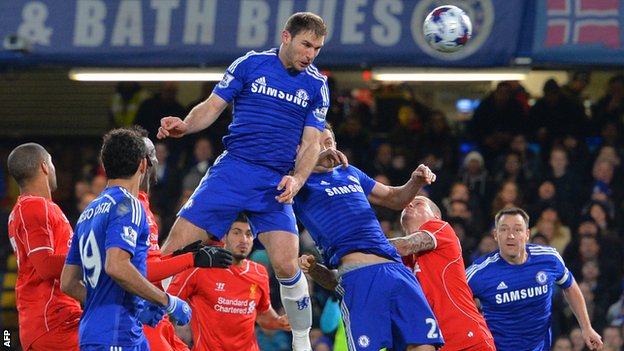 Tonight were amazing but just we had two injured Cesc Fàbregas & Filipe Luis ..I hope they both haven’t bad injury because we need them #CFC

Chelsea have a five-point lead over Manchester City at the top of the table. A win on Saturday at Stamford Bridge will see them extend that to eight. Even though we are still three and a half months away from the end of the season, there are many who believe that a win for the Blues would more or less seal the title.