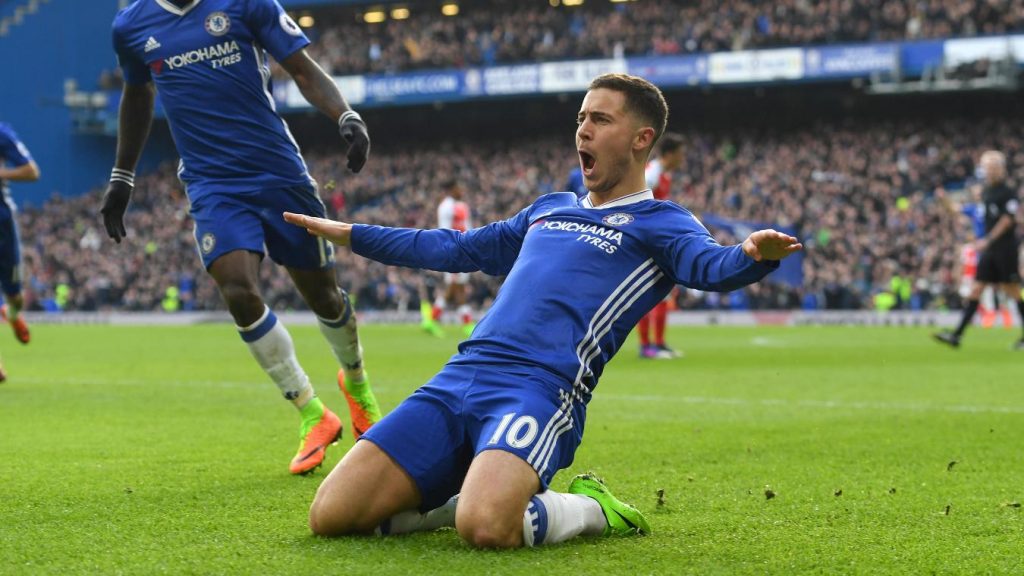 Chelsea winger Eden Hazard will remain sidelined for a few more days with a calf injury.

The Belgian picked up the injury before the match against Stoke City and will miss Belgium’s World Cup Qualifier against Greece on Saturday and the friendly with Russia on Tuesday as a result. Furthermore, he could miss the Premier League outing against Crystal Palace on the 1st of April as well.

Belgium manager Roberto Martinez has confirmed that the Chelsea star will be assessed by the medical staff from the Belgian national team as well as from Stamford Bridge.

Eden has suffered an injury before the match against Stoke, it does not look so serious. But he will not play against Greece. We are going to follow the injury. It is a big disappointment for Eden that he cannot lead the team. If you want to be a good team, you have to absorb everything. This is a good test for us. I see enough players who can take over his role.

Hazard has been in superb form this season and the Belgian has been crucial to Chelsea’s title challenge under Antonio Conte. The Blues are currently 10 points clear at the top of the table.

If the Belgian fails to recover in time for the Palace game, it could be a big blow for Conte. The Eagles have improved a lot defensively since the arrival of Sakho and Chelsea will need Hazard’s intelligence and flair to break them down.