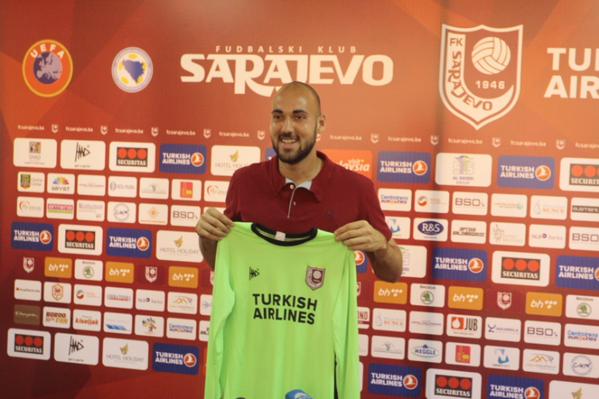 Chelsea and FC Sarajevo have agreed a loan move for goal keeper Matej Delac, as confirmed by the Bosnian club.

The 22-year-old goal keeper joined Chelsea in 2010, but has yet to make any single appearances for the first team. Like so many other Chelsea youngsters, he has truly registered his name in the ‘loan army’ book, having enjoyed number of spells aways from the Bridge.

The Bosnian club officially presented the goal keeper yesterday. He will spend another year on loan.

Delac has had spells at Sarajevo before, in 2014, and so it was an easy choice to make for him to return back to the Bosnian club. The two clubs had been in negotiation for a month, and the situation had been complicated due to paper works.

Chelsea have had a quiet summer transfer window, with few arrivals, but the Blues have been busy in sending out players on loan again. The likes of Marco van Ginkel and Patrick Bamford have been sent out on loan for the 2015/16 campaign.

The Blues will kick off the brand new Premier League on Saturday at home to Swansea City. Check the preview here.