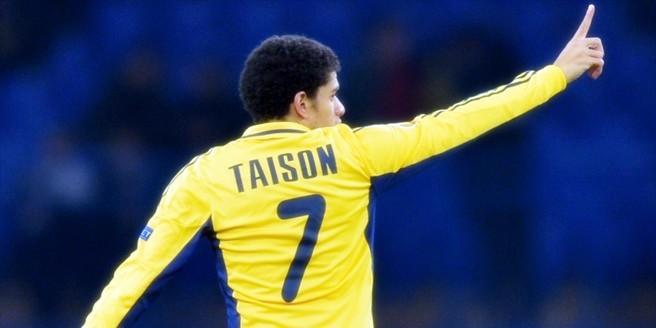 Taison currently stars for the Ukrainian side Metalist Kharkiv, and the club has demanded a sum of £11 million for the transfer to go through and Chelsea now need to quickly decide their next course of action.

Chelsea have already agreed personal terms with the player who they have been wooing for quite some time. Taison had paid a visit to Stamford Bridge in December to watch the Champions League fixture against Nordsjaelland. Talks with Taison and his agent regarding a probable winter transfer was part of the agenda for the visit.

A thorny issue regarding the transfer is the player getting work permit to play in England, since he is yet to find a place in the Brazil international squad. It is believed the player has started consultations with law firms to get this issue smoothened out.

Everything hinges upon Roman Abramovich’s valuation of the player and if he views Taison as a suitable replacement for Daniel Sturridge, who left the club to join Liverpool for a fee reportedly somewhere around £12 million.

Chelsea’s New Year acquisition of Demba Ba has signaled a statement that the club are in it to build a strong squad for the remainder of the season and Taison’s transfer (if it goes through) would complete their attacking arsenal to a very good effect.