Chelsea Getting its Money’s Worth from Álvaro Morata 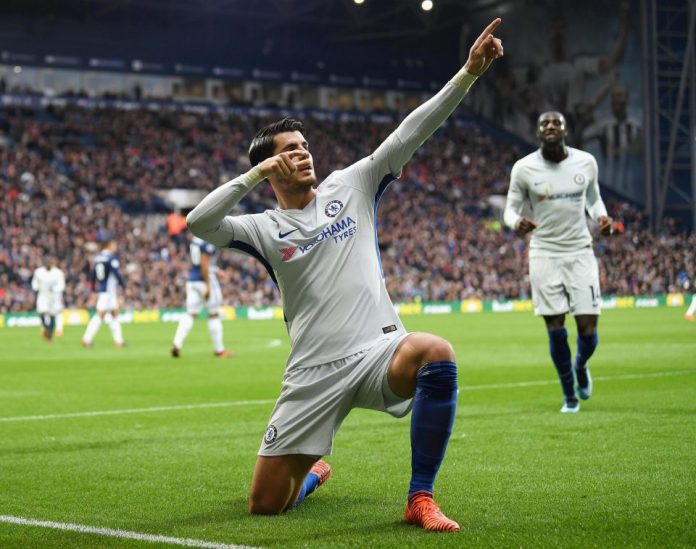 Despite his role in Chelsea’s Premier League championship last season, you always felt Diego Costa’s time at the club was limited.  After all of the controversy surrounding both sides throughout the summer, Chelsea needed a replacement for their once formidable striker.  In come Álvaro Morata.  While he previously showed promise at Real Madrid, he had to prove himself to a different club and league.  So far, he has done just that.

After 12 matchdays gone in the English Premier League, Morata leads the Most Valuable Offensive Players (MVOP) rankings.  Let’s take a look at the chart below: 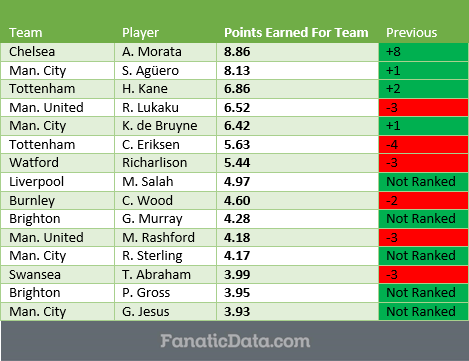 Chelsea’s Morata leads all players in the EPL with 8.86 points earned for his club.  He is on a record pace to earn 28 points for his side this season.  If Morata succeeds, he will break Jamie Vardy’s record of 23.55 points earned from two seasons back.

Other interesting points include Manchester City’s dominance in the MVOP rankings.  The club’s blistering start has led to 4 players being represented in the top 15 after Matchday 12.  But the unlikeliest of players to be currently featured in the top 15 has to be Swansea’s Tammy Abraham.  Abraham is the only player representing a club from the bottom half of the table having accounted for half of 19th place Swansea’s 8 total points.

4-2-3-1 continues to be the most popular formation used in the EPL.  Using that formation, we have laid out the Most Valuable Starting Squad in the EPL (excluding goalies). 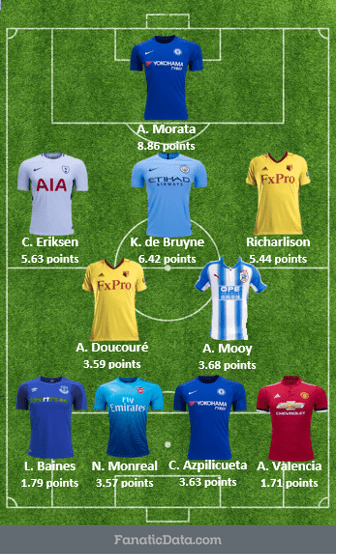 Compared to Matchday 8, there aren’t too many changes to the starting squad.  In fact, there were only two changes to the squad until we reassessed the positions the previous starting squad’s left back and right back earned their points from.  Chelsea’s Marcos Alonso and Tottenham’s Kieran Trippier are naturally a left back and right back respectively.  But a preference by both clubs to go with only 3 at the back has pushed both players into the midfield, where they have earned the majority of their points for their squads.

So we replaced both players with players that have earned the majority of their points at those positions.  The other new additions to the squad are Morata as the lone striker and his Chelsea teammate César Azpilicueta at centre-back.

Get an update for the rankings and starting squad after Matchday 16!