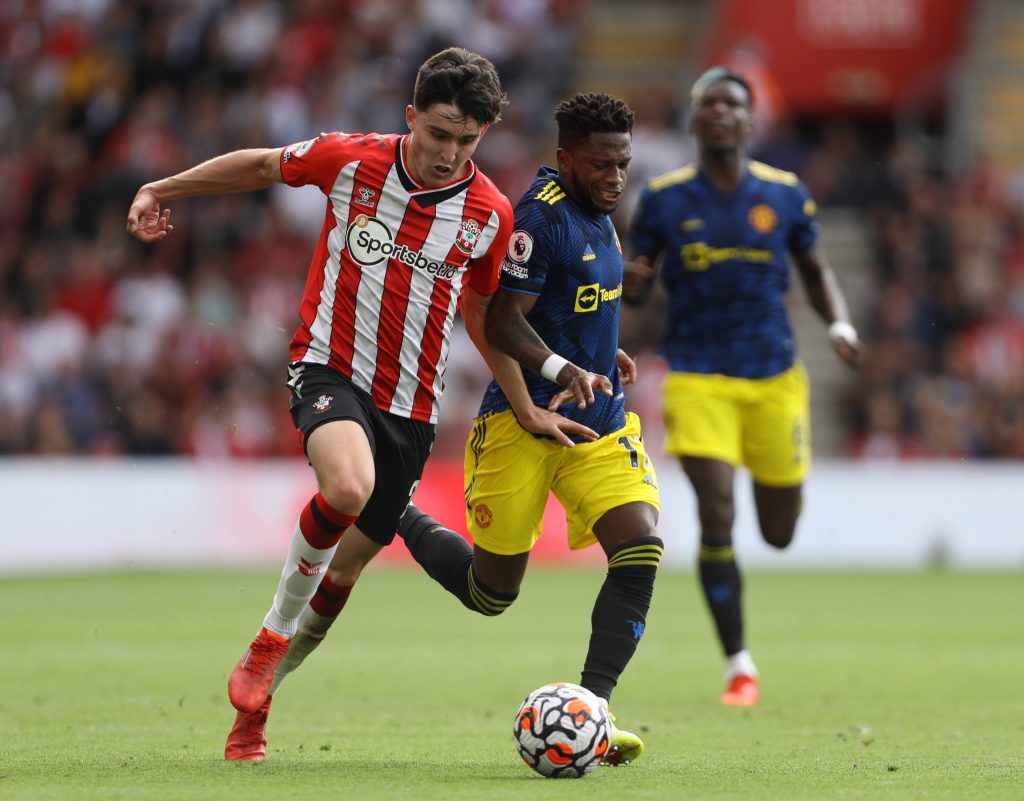 A section of Chelsea fans were impressed by Tino Livramento’s performance during Southampton’s 1-1 Premier League draw against Manchester United.

Livramento was the Blues’ young Player of the Year last season but opted to leave for the Saints to secure regular first-team football.

He had a promising debut at Everton last weekend and came up with another positive display against the Red Devils in front of Saints supporters.

Livramento started the game at right-back but moved into the right side of the midfield after the interval. He stayed consistent with his performance.

Livramento has settled in perfectly since his introduction to first-team football, and some Blues fans believe they could eventually re-sign him.

The Blues sold Livramento for just £5 million last month, but they have the option to reacquire his services with a reported buy-back clause of around £40m.

Tino Livramento is not technically part of the Chelsea Loan Army, but in a sense it is a ‘glorified loan’, as Chelsea have a €40 million buy back clause.

Therefore, I wanted to give him a big shout for a brilliant display against Man United, resulting in him winning MOTM. 👏🏻 pic.twitter.com/CjgpufNaG0

Yo Livramento is amazing🤩

That was class from Livramento

The Blues were obviously keen to keep Livramento but decided to cash in as he had entered the final year of his contract with no plans to renew.

It was a clever decision to include a buy-back clause, and the Blues could make an approach to re-sign him in the future if he continues to excel.

For now, they have sufficient options with Reece James excelling in the right wing-back role while Cesar Azpilicueta and Callum Hudson-Odoi can provide cover.