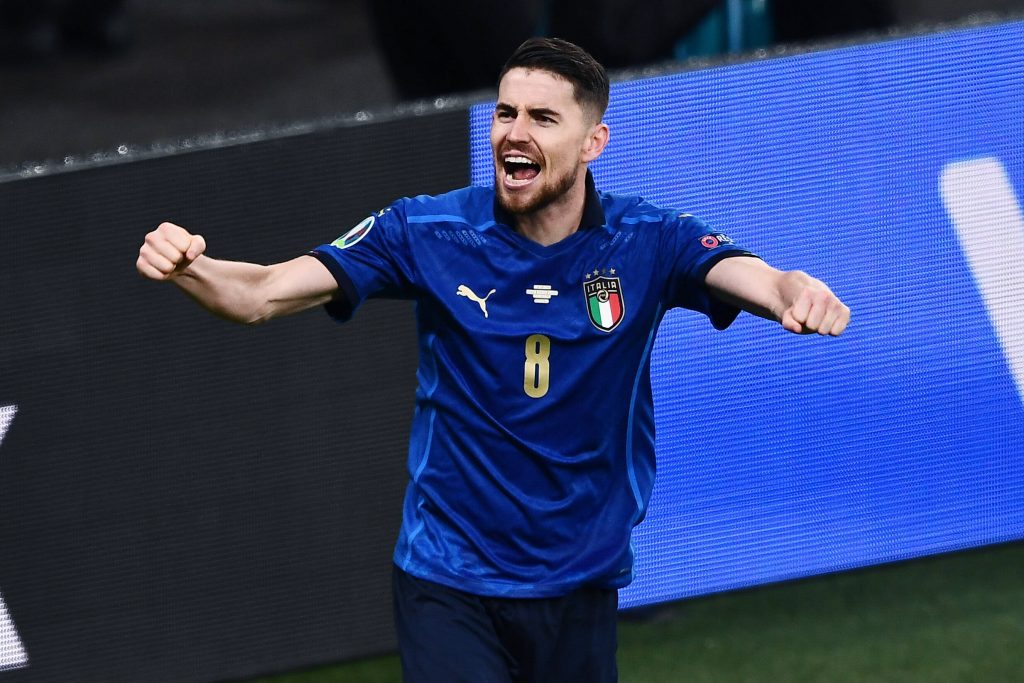 Some Chelsea fans on Twitter heaped praise on Italian midfielder Jorginho following his match-winning penalty in the shoot-out against Spain last night.

Italy have gone from strength to strength at the European Championships, but they had a tough semi-final against La Roja at Wembley Stadium.

They managed just 29 percent of the possession over 120 minutes. Federico Chiesa opened the scoring with a sublime curling effort at the hour mark.

The Azzurri could not hang on to the advantage with Alvaro Morata coming off the bench to level the scores for Spain in the 80th minute.

Gianluigi Donnaruma was in fine form in goal for Italy with some crucial saves in normal time. He also denied Morata in the shoot-out.

However, the Blues fans were largely focused on the performances of Jorginho and Emerson. Many praised the former’s composure for the final penalty.

Jorginho has been known for his hop and skip penalty technique, but he did miss a couple of spot kicks for club and country last season doing the same.

He still came up with the same routine and converted the match-winning penalty by calming sliding the ball towards the right side of Unai Simon’s net.

The Spaniard would have anticipated the routine, but he was completely wrong-footed and just watched the ball roll into the back of the net.

Some of the club’s faithful were delighted for Jorginho. Here are a few reactions on Twitter.

Jorginho goes like ‘he froze, my guy hasn’t moved since the ball went in’ 😭😭 pic.twitter.com/l4ysnQuQkp

Jorginho!!! So smooth. Class player. Love him at Chelsea.

The €40 million-rated star was in top form for the Blues in the back end of last season with some terrific displays in their Champions League campaign.

He has carried the form to the national side and has been a solid performer for the Azzurri, who are aiming to win the Euros for the first time since 1964.

His current deal with the Blues expires in June 2023, and the hierarchy are likely to initiate talks over a new long-term contract after the tournament.