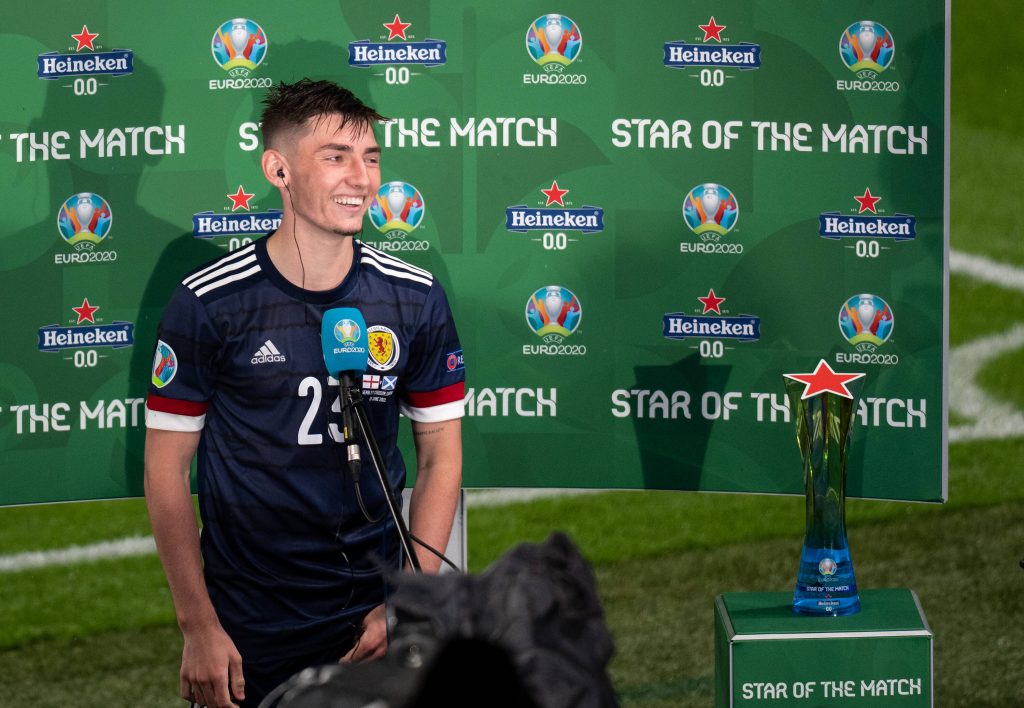 A selection of Chelsea fans heaped praise on Billy Gilmour following his impressive showing for Scotland against England at the European Championships.

The young Blues midfielder made his full debut for the national team last night and showed his quality from the centre of the park.

The 20-year-old completed 40 of his 44 passes attempted while making two tackles and eight ball recoveries, more than any other player.

Gilmour has not nailed down a starting role with the Blues due to the fierce competition from N’Golo Kante, Jorginho and Mateo Kovacic.

However, he is regarded highly by the club’s hierarchy, and the supporters were full of praise for him after his solid midfield performance.

Billy Gilmour was the best DM on the pitch today, he deserves praise.

Billy Gilmour has just won MOTM on his first game starting for Scotland.

He did it against the 4th placed team on the FIFA world ranking.

This boy is special!💫 pic.twitter.com/HFttV6hMJJ

The Blues have been linked with a move for a new defensive midfielder, and West Ham United’s Declan Rice has often been mentioned as a target.

However, the board could change their transfer plans this summer, considering the progress made by Gilmour over the past couple of years.

He has impressed with every opportunity offered and produced a standout display for Scotland in what was his first senior competitive appearance.

Gilmour played under 1,000 minutes for the Blues last term, but he showed good fitness levels for 76 minutes last night before being substituted.

The £9 million-rated star will have a key role to play in the final group stage game against Croatia. Scotland must win to progress to the round of 16.