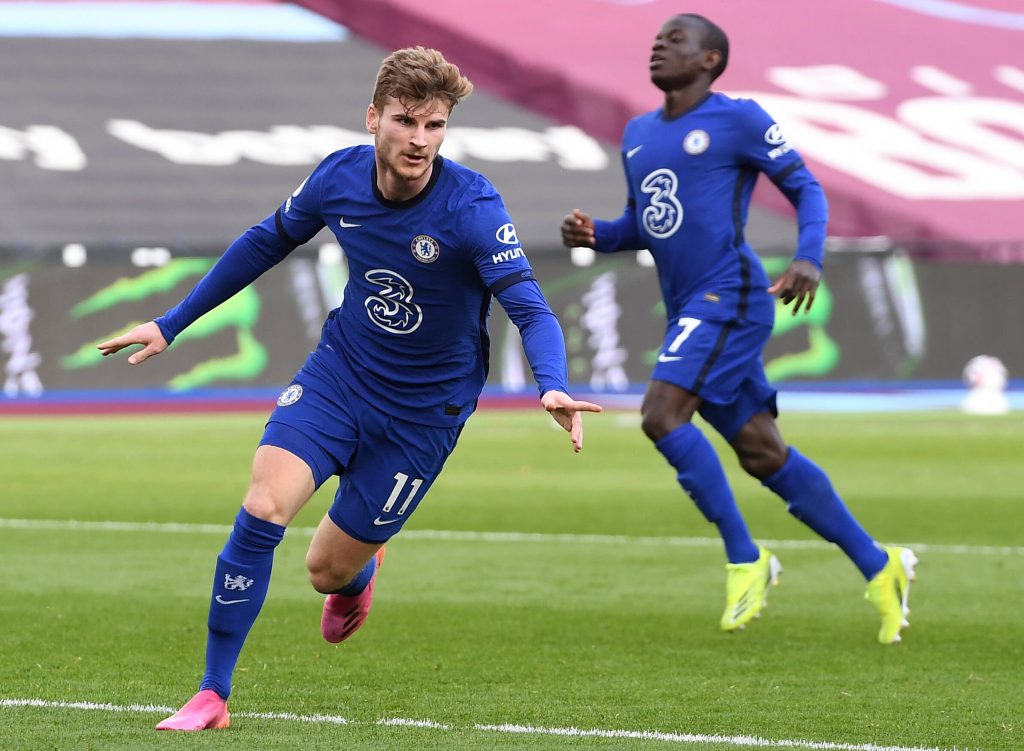 A selection of Chelsea fans on Twitter were delighted for Timo Werner after he bagged the only goal in the Premier League win over West Ham United on Saturday.

The 25-year-old has had a mixed debut season for the Blues, and he has been guilty of squandering multiple clear-cut scoring opportunities.

He has shown signs of improvement with key assists, and continued his good form by finding the back of the net against the Hammers in the 47th minute.

Ben Chilwell’s pinpoint pass in the box fell into the path of the German, who had the simple task of finding the back of the net from seven yards out.

The strike ended a 12-match goal drought for the forward, and it was only his second league goal for the Blues over the past five months.

Some of the club’s faithful were pleased for the German, and here are a few reactions.

Timo Werner's goal today secures 3 points over top 4 contenders West Ham. This win could be the difference between Chelsea getting top 4 or not.

23 G/A, and he’ll only get better… pic.twitter.com/wyd7XP1Mom

Finally, Timo Werner has managed to score, after a long, long time.
Congratulations.#WHUCHE

Werner should have bagged a brace against the Hammers yesterday. He had a simple chance in the 54th minute, where he slashed his effort wide of the goal from few yards out.

Blues boss Thomas Tuchel was clearly stunned by the moment.

Werner has 11 goals and 12 assists this term and he has also won several penalties (7) for the Blues. This is an impressive stat, but he could have quite easily doubled his goal tally with the chances missed.

Hence, there is still plenty of room for improvement for the forward, but he will be pleased that his goal made the difference against the Hammers. The Blues now hold a three-point lead over the Hammers in the race for the fourth spot.

They will turn their attention to the Champions League in midweek where they make the trip to the Estadio Alfredo Di Stefano for the first leg of their semi-final tie against Real Madrid.