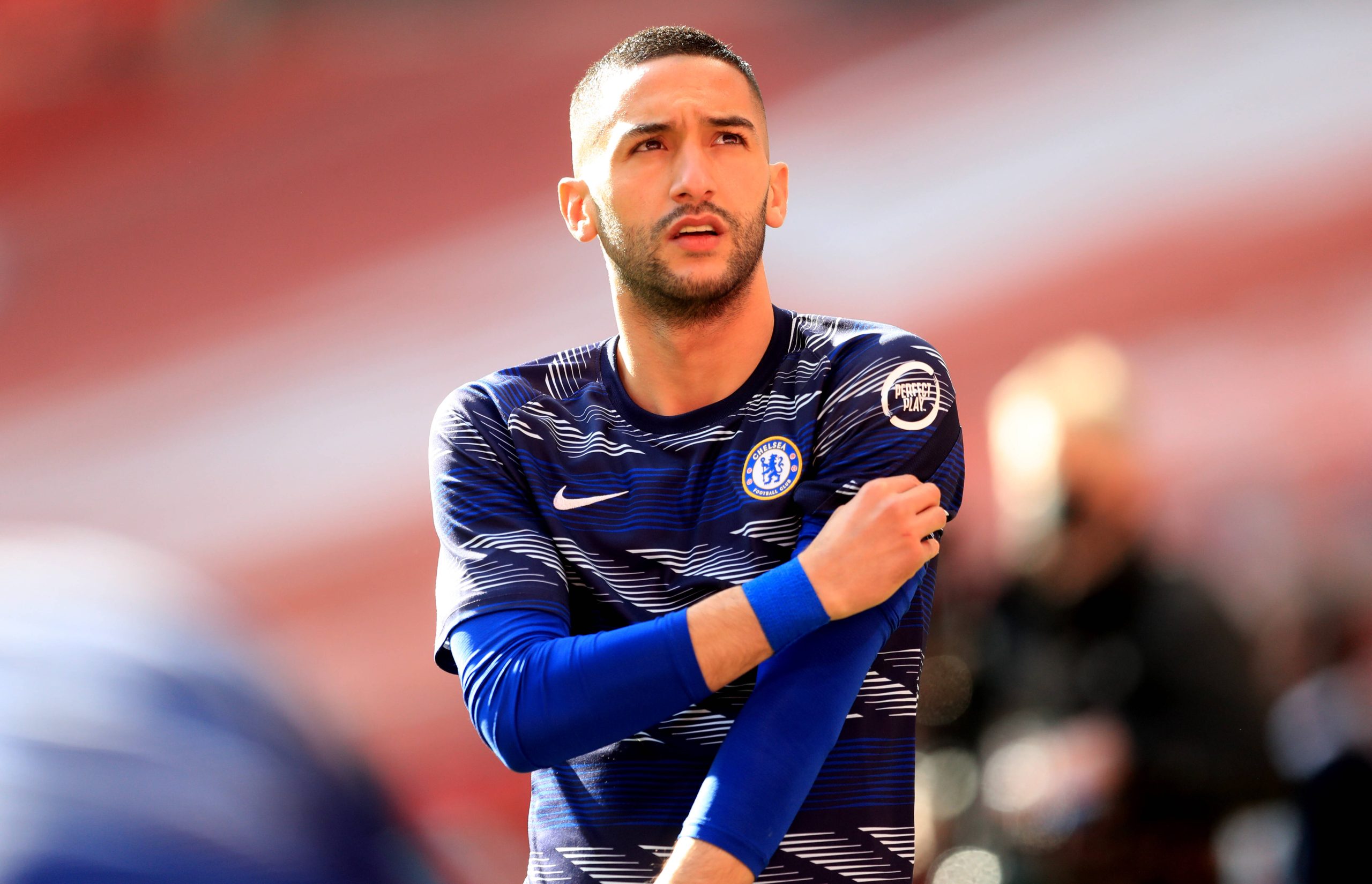 A selection of Chelsea fans on Twitter heaped praise on Hakim Ziyech as he scored the crucial winner in the FA Cup semi-final against Manchester City on Saturday.

The Moroccan impressed before the international break with goals in back-to-back games against Atletico Madrid and Sheffield United.

However, he had a poor showing in the 5-2 drubbing by West Bromwich Albion and was substituted in the 33rd minute after Thiago Silva’s dismissal.

Ziyech played just 11 minutes over the next three games, but he was a surprise starter in the false number nine role against the Cityzens yesterday.

The 28-year-old scored in the opening five minutes from a Timo Werner pass, but the goal was chalked off as the latter was in an offside position.

He finally grabbed his goal in the 55th minute. Werner put the ball on the plate to convert into an empty net with goalkeeper Zack Steffen out of position.

Ziyech had the chance to double the advantage before the hour mark but squandered an easy opportunity as he fired straight at the keeper.

That did not prove costly as the Blues hanged on to secure a victory. They have reached their fourth FA Cup final in five seasons.

Some Chelsea fans were pleased for Ziyech, and here are a few reactions on Twitter.

It was an amazing team effort but I would have to give this one to the Wizard, beyond the goal ziyech had an amazing all around game pic.twitter.com/mLvGC7pwg2

Great to see Ziyech Step Up in the big games recently:

Jorginho and Ziyech are such big game players. Ziyech really showing why we bought him. Love this 🤙

Hakim Ziyech is a big game player. Showed it Ajax and already showing it at Chelsea. Moroccan Magician, once the Wizard of Amsterdam and now the Wizard of London.

Ziyech has had a tough debut campaign with the Blues but has picked up form over the past month with three goals across all competitions.

He was handed a surprise start despite the fine form of Christian Pulisic and Kai Havertz, and proved his worth with the winning strike.

There is still room for improvement with his finishing. The same can be said about the rest of the team.

Ben Chilwell and Timo Werner had good scoring opportunities against the Cityzens, which they failed to capitalise on.

The Blues are in league action against Brighton & Hove Albion on Tuesday night. They can go to third on the table with a victory.