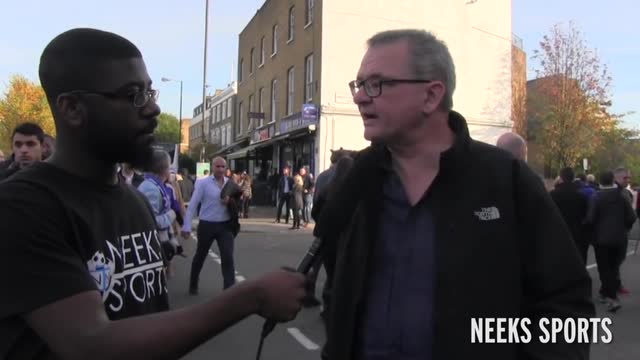 Although Jose Mourinho managed to keep his job after Chelsea’s 3-1 defeat to Liverpool, one Chelsea fan was not so lucky.

One of United Kingdom’s top lawyers Clive O’Connell has been sacked by his employers for his foul mouthed rant against the Liverpool fans.

The furious Chelsea fan embarked on an embarrassing diatribe against the Scousers following their win at Stamford Bridge last month.

“Why do you think the Scouse scum are singing ‘you’re getting sacked in the morning’ when we sang to Benitez ‘we want you to stay’ when he was managing Liverpool.

“Even those nasty, horrible people know that Mourinho is the best manager in the world – they’re scared”, he said.


O’Connell was on video speaking to a fan site, Neeks Sports, when he explained that Liverpool fans are scared of Jose Mourinho and want him sacked.

He went on to claim that Mourinho is the best manager in the world and that Chelsea should stick to him as there is nobody better out there to manage the Londoners.

Furthermore, he attributed Chelsea’s poor form to poor refereeing decisions and questioned several decisions made during the game.

In his defence, Liverpool midfielder Lucas Leiva should have been sent off for a poor challenge on Ramires after being booked initially.

Clive O’Connell is a top lawyer for International firm Goldberg Segalla, who have released a video statement claiming that O’Connell’s behaviour was unacceptable and therefore the partnership between the lawyer and the firm has been terminated.