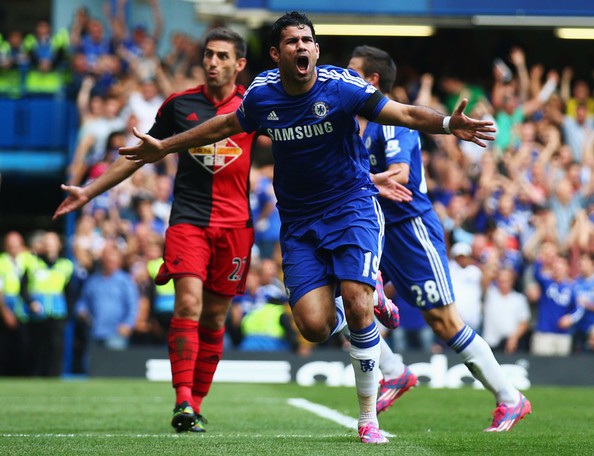 Chelsea will be entitled to financial compensation should Diego Costa be injured on international dury.

Manager José Mourinho had previously pleaded with Spanish national team head coach Vicente del Bosque not to call the Chelsea striker up to their two Euro 2016 qualifiers this week claiming that the 26-year old could do with a break to fully recover from his hamstring problems.

However, Costa has started each of Chelsea’s last three games in little more than a week, suggesting the Spanish international has no injury problems.

Should Diego Costa be injured whilst representing Spain over the coming week, Chelsea are entitled to receive compensation of €20,575 per day if he is out of action for more than 28 days, as quoted by Portuguese newspaper O Jogo.

This is the maximum coverage on the FIFA and UEFA Security Plan Club.

The financial compensation may be seen as peanuts for Chelsea who spent £32 million on the player over the summer, pay significant wages to the player and are in the hint for a significant bonus pot by winning the Premier League and UEFA Champions League this season.

Injury to Costa for more than 28 days could put a big dent into Chelsea’s title winning hopes.

Spain travel to Slovakia on Thursday (9 October) and Luxembourg on Sunday (12 October).