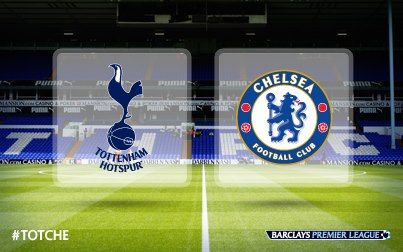 Chelsea are willing to take strong measures to keep the image the beautiful game intact. The club have warned their supporters that they face being banned from Stamford Bridge, if they use anti-Semitic language against Tottenham Hotspur at Wembley in the Capital One Cup final this weekend.

Recently few Chelsea fans got involved in a racist incident during their trip to France for last week’s Champions Leagu tie with Paris Saint-Germain.

Video footage shows that few Chelsea fans have refused to allow a black Paris commuter tp board a Metro train, and chanted songs about being a racist.The club have vowed to take strong actions against those fans and criminal investigations are stil ongoing.

A Chelsea statement said: “For a small minority, this game has historically brought a deeply unpleasant and unwanted level of anti-Semitic abuse.

“Opposition supporters using terms as a form of identity is no excuse for abusive chanting or behaviour. The club asks that all supporters realise such actions cause huge offence to those around them.

“If we receive evidence that supporters have engaged in anti-Semitic or any other form of discriminatory chanting or behaviour, we will take the strongest possible action, including supporting criminal prosecution.

“Recent events in Paris have seen Chelsea fans united in their contempt for a mindless few.

“Chelsea is proud of the diversity within our club and our vision embraces equality regardless of race, gender, sexuality, disability or religion. We all share the common cause of supporting our team.”

Chelsea made the announcement to ensure that fans do not engage in any nasty incident at Wembley, as Spurs are known to be a club with Jewish traditions, which can tarnish the global image of the club.