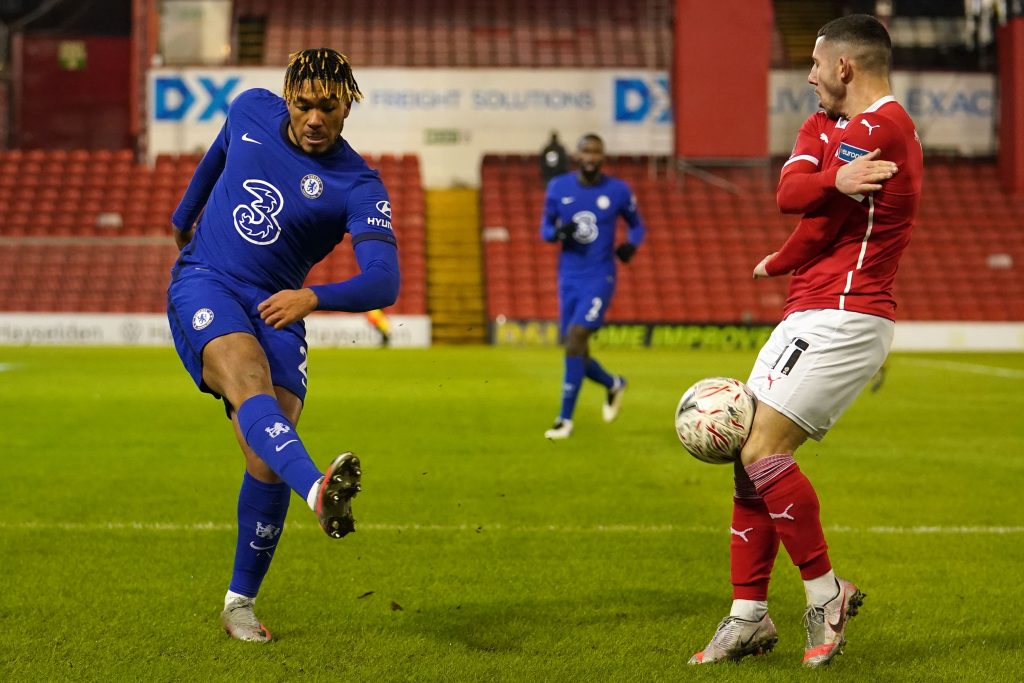 Chelsea defender Reece James produced a quality performance off the bench against Barnsley in the FA Cup fifth round last night.

The Blues had a tough game at Oakwell with the Tykes defensively organised and were difficult to breakthrough over 90 minutes.

In the absence of VAR, Thomas Tuchel’s side were unlucky in the first half when they were denied a clear penalty for a contact on Tammy Abraham in the box.

They went into the break with a 0-0 scoreline but things could have been different had Barnsley’s Callum Brittain converted the clear-cut scoring chances.

At the interval, Tuchel decided to revert from a back three to a four-man defence and James took up his customary right-back position coming off the bench.

Shortly after the hour mark, the England international got on the right end of Billy Gilmour’s pass and delivered a low cross into the box for Abraham to open the scoring.

The Blues needed a crucial goal-line clearance from Abraham to deny an equaliser but James had an equally impressive game at both ends of the pitch.

James was successful with all three tackles – more than any other Blues player and also managed two interceptions and two clearances.

The 21-year-old found his teammates with 43 of the 47 passes attempted and his assist which saw Abraham score, was the Blues’ only shot on target.

James has started the last two Premier League games at right wing-back and should keep his place for Monday’s home game against Newcastle United.