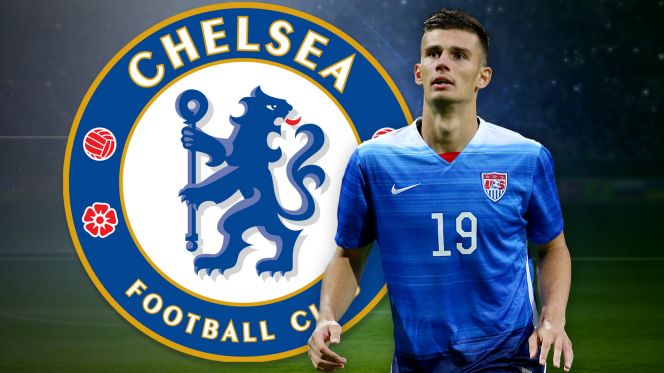 Chelsea defender Matt Miazga has joined French Ligue 1 club Nantes on a season long loan deal with the option for purchase at the end according to a report published by Sky.

The 23-year-old joined the Blues from the New York Red Bulls in 2016 and while he did make two Premier League appearances for the club, he was never included in the first-team plans.

He spent the past two seasons on loan with Vitesse Arnheim.

While the American’s contract at Stamford Bridge is valid till the summer of 2020, he has never been part of the club’s first-team plans and it is unlikely that he will never be.

The 7 times capped USA international will be looking to continue to grow and develop as a player at Nantes who are now managed by Miguel Cardoso after former Leicester City boss Claudio Ranieri opted to leave by mutual consent at the end of last season.

Miazga will also be hoping to establish himself as a first-team regular in the US national team. While the Stars and Stripes did not qualify for the recent 2018 World Cup, it will be exciting to watch them over the next four years as they have an exciting group of young players with the likes of Tim Weah, Christian Pulisic and Weston McKennie among others all within their ranks.