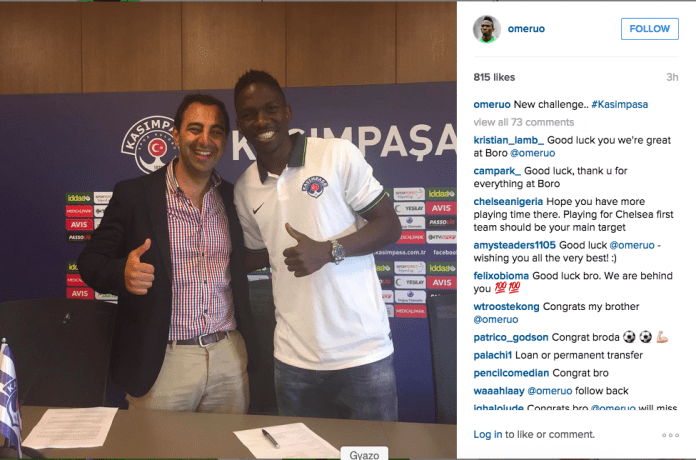 We published an article in the morning, picking up reports from BBC that Chelsea youngster Kenneth Omeruo is heading to Turkish club Kasimpasa for a medical. It is no longer a rumour now, as we have the confirmation of him sealing the move. The player himself has confirmed it on Instagram.

Omeruo joined Chelsea in the January of 2012, and looked a good prospect who could play for the senior team in years to come. But as with the case with many Chelsea youngsters, he entered the vicious chain cycle of loan moves, spending back to back loan periods at Den Haag and Middlesbrough.

The Nigerian defender wants to restart his career in a completely new environment, and could excel at a club, where expectations are bit lower. Kasimpasa have an option to sign him permanently next summer.