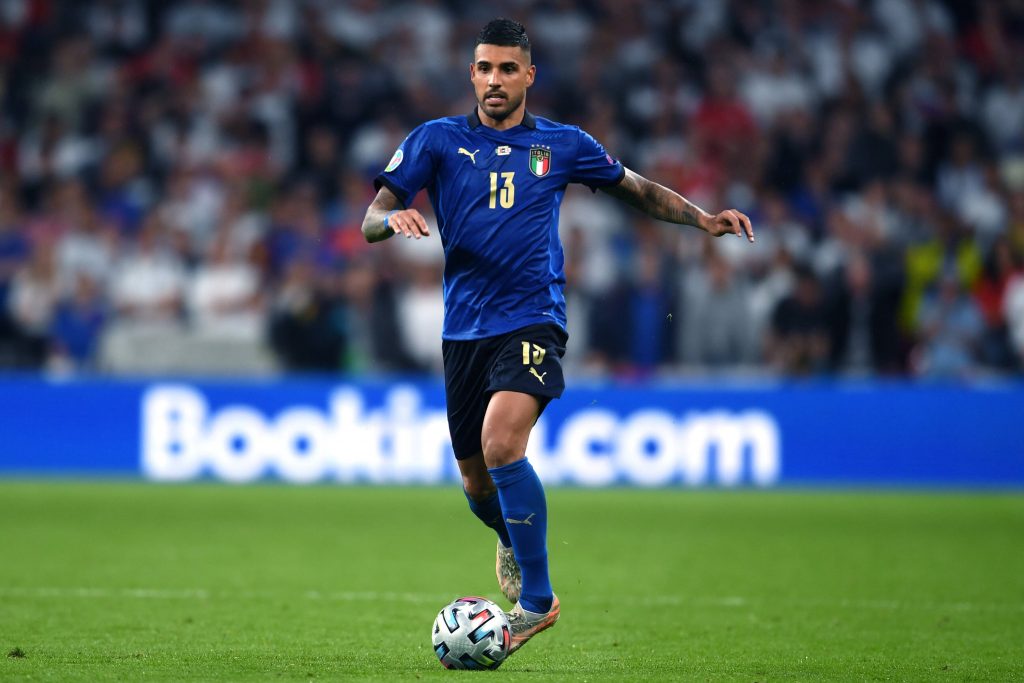 Chelsea defender Emerson Palmieri will join Lyon on a season-long loan with an option for buy, Goal’s Nizaar Kinsella claims.

The Italy international has been a squad player for the Blues over the past year with heavy competition from Ben Chilwell and Marcos Alonso.

He hardly played during the back end of last season, with manager Thomas Tuchel preferring one of the pair for the left wing-back position.

The Blues are keen to reduce the squad numbers and wage bill this summer, and Emerson looks set to join Les Gones on an initial loan deal.

His previous contract was due to expire in June 2022, but the Blues have triggered a clause to extend his deal for another 12 months.

Emerson was hardly in the first-team picture under Tuchel. Alonso, who was out-of-favour under Frank Lampard, has got the nod over him.

The choice is justifiable considering Alonso’s superior attacking qualities when playing from the wing-back role for the west London giants.

Emerson’s place with the Italian national team remains unaffected, but he can’t take things for granted ahead of the 2022 World Cup.

The 27-year-old would be guaranteed regular game time at Lyon that could potentially boost his prospects of starting for the Azzurri in Qatar.

Emerson played a key role in Italy’s Euro 2020 winning campaign, but he was second choice for the left-back position until Leonardo Spinazzola’s injury.

The former Roma man will hope to secure a permanent deal with Lyon by making a good impression over the course of the current campaign.

It is reported that Lyon have the option to buy for around €15 million next summer.