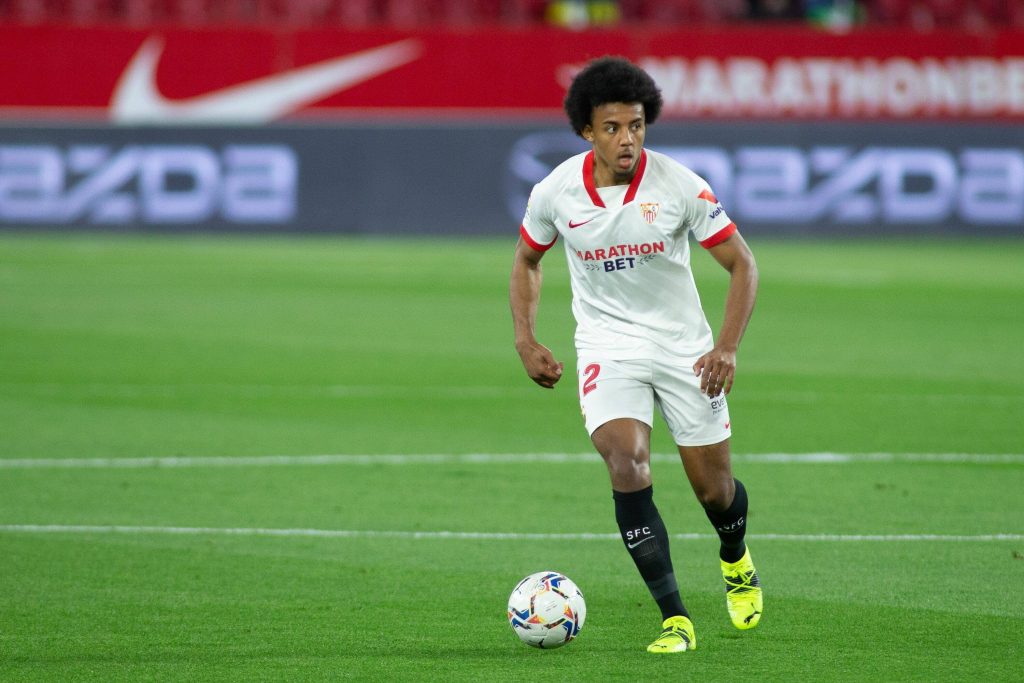 Chelsea are prepared to negotiate a player-plus-cash deal to sign Sevilla defender Jules Kounde during this summer’s transfer window, AS reports.

The Blues spent more than £225 million on new signings last summer, but they are still some way off challenging for the Premier League title.

Blues boss Thomas Tuchel is likely to make additions to the squad this summer, and it is reported that Kounde is one of the top names on their shortlist.

Manchester United have also been linked with the former Bordeaux man, but the Blues are reportedly the most interested in securing the player’s services.

However, they are unlikely to afford the €80m buy-out clause and are hopeful of driving the price down by offering a player as a makeweight.

Hakim Ziyech, Tammy Abraham, Michy Batshuayi, Tiemoue Bakayoko and Kepa Arrizabalaga are among the players who could be included in the negotiations.

Kounde has impressed with Sevilla in recent years with his impressive range of passing while he is also strong in the air despite being only 1.78m.

However, he is a reluctant tackler and recently came out second best against Borussia Dortmund striker Erling Braut Haaland in the Champions League.

Considering this, he does not appear the ideal option for the Blues unless Tuchel is prepared to stick with a three-man central defence next term.

Among the above-mentioned players, Ziyech and Abraham are the only ones who have been regularly involved over the course of the campaign.

Ziyech recently impressed with goals in back-to-back games against Atletico Madrid and Sheffield United, but he has struggled to nail down a starting spot.

Abraham is the club’s top scorer this term with 12 goals, but he has fallen completely out-of-favour and has been an unused substitute lately.

It remains to be seen whether Sevilla are tempted to lower their price for Kounde this summer in exchange for one of the duo.