According to the Guardian, Chelsea are planning a January swoop for AC Milan firecracker, Mario Balotelli.

The English newspaper, in their own convoluted manner, have reported that a reunion between boss Jose Mourinho and the Italian striker could be on the cards. The pair worked together at Inter, and although the relationship was occasionally strained, the Portuguese manager still holds ‘Super Mario’ in high regard.

Torres, Eto’o and Ba have flattered to deceive up top for the Blues so far this season, and with the club fighting for silverware on four different fronts, Mourinho may feel the need for reinforcements.

However, the former City striker, Balotelli, has remained coy on any potential move, telling Sky Sports Italia: “I have always said that I do not look too far into the future.

“I am only thinking of doing well against Genoa [this weekend] and not about the market in either January or May.

“I am happy at Milan and happy to be here.”

A move at this point would seem unlikely, but with the Blues still in the middle of a striker quagmire, this may not be the last we hear of this story.

Meanwhile, another reunion has been sounded out by the Guardian; with Paul Pogba linked with a swift return to Manchester United. 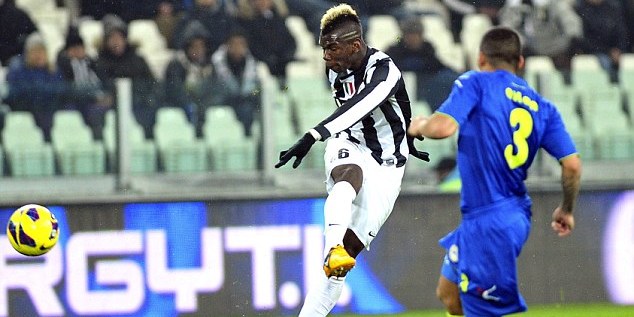 The French star, who has broken into the first XI at Juventus, moved to Turin only last year, and has begun to justify the effort the Serie A club have made with him. Yet, there is a growing rumour of a return to Old Trafford for the 20-year-old, with United reportedly very keen on their former player.

Juventus have reportedly slapped a €48m price-tag on Pogba, with the Italian outfit very pleased with his progress.

Despite conflicting reports of a happy Pogba at the ‘Old Lady’, United and other top Premier League clubs remain interested in the youngster; with a summer approach more likely for all involved.