Chelsea 4-0 Manchester United: How the early goal made all the difference 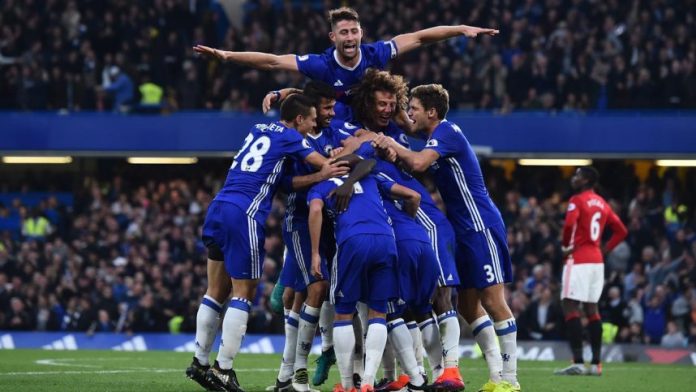 It was supposed to be an intense tactical battle with neither side giving anything away for free. Manchester United proved last week at Anfield that they could squeeze the life out of their opposition’s attacking threats away from home.

On the other hand at Chelsea, Antonio Conte would emphasise on discipline and organisation after losing two big games already this season. Surely, there weren’t more than a couple of goals in this one.

In an extraordinary 90 minutes, José Mourinho was left completely embarrassed on his return to Stamford Bridge. Chelsea were brilliant from start to finish, while United’s big-money stars failed to impress. It may be early on in the season, but each team learned some very important lessons from this game. With the top 3 dropping points, the Blues are now just one point off the summit, while United remain in 7th with their goal difference taking a battering.

So how did a side set up not to be defeated, end up not just losing, but also succumbing and conceding four times? Let’s take a look:

Mourinho’s tactics go out the window, as Chelsea score inside 30 seconds

Mourinho went with a very similar setup to the one he chose against Liverpool last week. With Paul Pogba, Marouane Fellaini, and Ander Herrera all chosen in a midfield 3, United were clearly looking to make it as difficult as possible for Chelsea to get through. They would play the game at their pace, a tepid and non-urgent tempo, and force the home side to do all the running.

Those plans though, were binned just seconds after kick-off. A defensive calamity saw Chris Smalling let a seemingly harmless ball travel far too long, Daley Blind allow Pedro to run across and get on it, and David De Gea rush off his line into no-man’s land. The Chelsea man rounded his countryman before finishing into an empty net to give his side the perfect start possible. Now, the Blues had the upper-hand. United had to come out and play, and couldn’t afford to sit back and wait for an opportunity on the counter-attack. 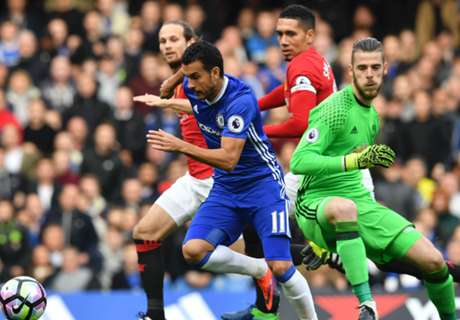 Changes at half-time, but did Fellaini have to start?

There is a case to be made that Fellaini‘s inclusion in the team adds that bit of strength and height to the midfield which comes in handy when you’re setting up to be solid. But when you consider the man’s footballing abilities, it is baffling how he manages to play with such regularity for a club of Manchester United’s stature. He offered nothing to the game, and was substituted at half-time for Juan Mata, with his side 2-0 down. The supporters have been very vocal in their criticism of the Belgian, but both Mourinho and his predecessor Louis van Gaal have found places in their sides for him.

Mata’s introduction at the break did give United a lot of thrust going forward, but also left them equally vulnerable at the back. The Spaniard lost Eden Hazard on the hour-mark for Chelsea’s third goal, but the simplicity of the three-pass move that opened the defence up was shocking. A Mourinho team simply isn’t expected to be penetrated at will in that manner.

If that wasn’t enough, the fourth goal was the real “slobberknocker”. N’Golo Kante, deep from Chelsea’s midfield, ran unmarked through Pogba and Herrera to find himself in an unfamiliar position on the edge of the box.

The Frenchman initially looked like he didn’t know what to do, before waltzing past Smalling and finishing with aplomb into the bottom corner. Mourinho raised his eyebrows in a combination of wonder and disgust, and his expression told the entire story.

In the end, all United could do was to accept that on some days, nothing goes for you. But another similar performance against Man City in the EFL Cup round 16 in midweek, and their problems could be much deeper.