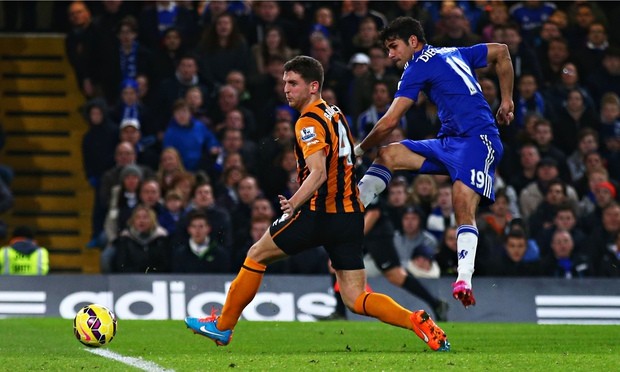 Chelsea cantered to a 2-0 win over 10-man Hull City at Stamford Bridge to maintain their three-point lead at the top of the Premier League table. Goals by Eden Hazard and Diego Costa saw the Blues pick up a comfortable victory and get their title challenge back on track after losing for the first time this season, at Newcastle United last week. Tom Huddlestone was sent off for the visitors on the hour-mark.

1) Chelsea win, despite not being at their best:

Jose Mourinho’s men were nowhere near their best yesterday, but got the job done nevertheless. Hazard’s header in the 7th minute set the tone, but Chelsea failed to kill the game until 20 minutes from time. They were aided, of course, by Huddlestone’s sending off 10 minutes earlier. The Englishman was given the marching orders for a stamp on Filipe Luis. Costa’s smart finish on the turn sealed the win for the Blues, but the level of performance was nowhere near what Mourinho would want going forward in the season.

2) Another poor outing for Gary Cahill:

Gary Cahill hasn’t been at his best this season and had another day to forget yesterday. After being shown just a yellow card for an extremely poor tackle in the first half, the Englishman was very lucky to remain on the pitch when referee Chris Foy refrained from booking him for a blatant dive. Cahill was penalised and a free-kick was given against him, but he somehow avoided a second booking. He cannot yet be considered a weak link in the backline, but his performances will have to improve soon.

This defeat means that Hull City have now gone 9 matches without a win. Steve Bruce’s men have been sucked into the relegation zone, currently lying 19th in the table. The Tigers need to start winning, and next week’s home game against Swansea City will be absolutely pivotal. The performances haven’t been too shabby, but, like yesterday, Hull have never looked like troubling their opposition at any point in the game. 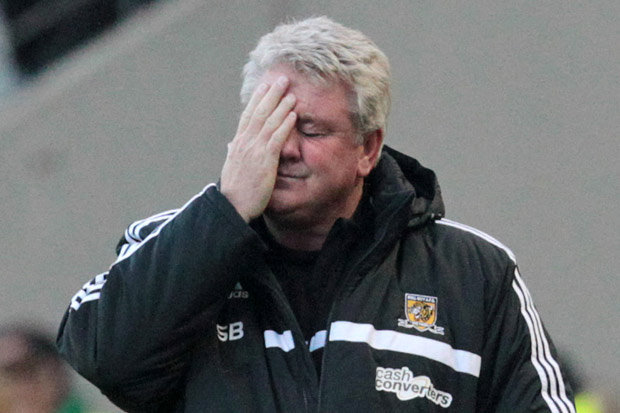