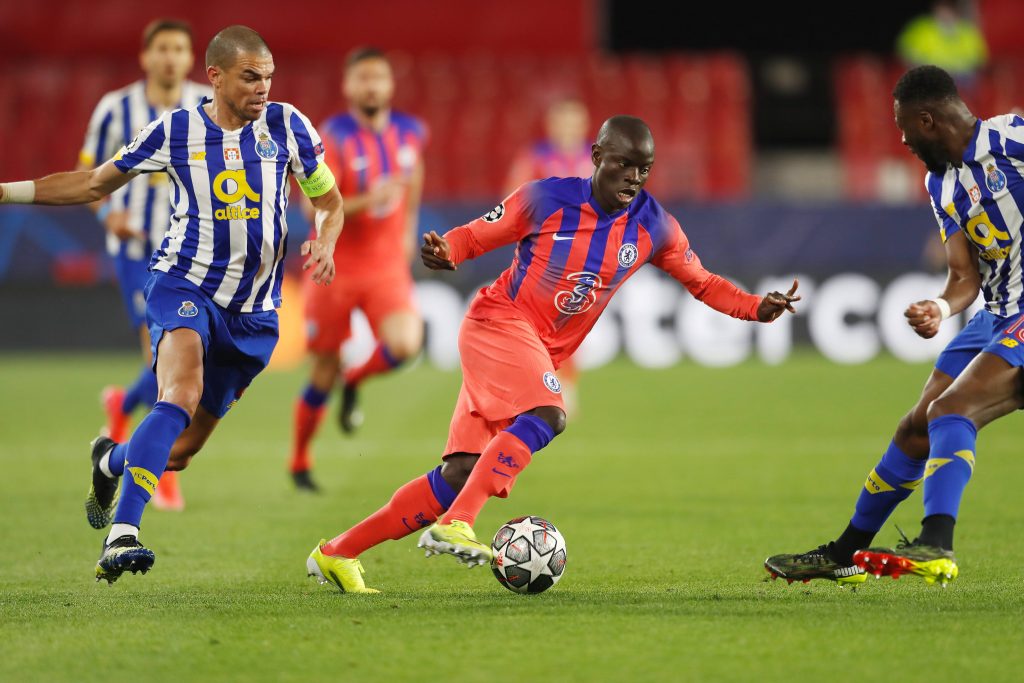 Chelsea host Porto in the second leg of their Champions League quarter-final tie in Seville tonight.

The Blues registered a 2-0 win in the first leg courtesy of goals from Mason Mount and Ben Chilwell.

They are in a good position to reach the final four of the competition for the first time since the 2013/14 season.

Thomas Tuchel’s side head into the game on the back of a stunning 4-1 Premier League triumph at Crystal Palace.

Edouard Mendy is the Blues’ first-choice goalkeeper for the league and European matches, and he is most likely to continue in goal ahead of Kepa Arrizabalaga.

Andreas Christensen is available for selection after missing the weekend game with a minor knock, but he may not be rushed back to action.

There could be a solitary change in the central defence, with Thiago Silva replacing Kurt Zouma. He is likely to partner Cesar Azpilicueta and Antonio Rudiger.

Silva should be well prepared for the game after being suspended for the derby while he only managed a 10-minute cameo in the previous meeting against Porto.

It should be a straight swap in the right wing-back role with Callum Hudson-Odoi making way for Reece James due to his well-rounded defensive abilities.

Ben Chilwell is likely to continue in the opposite end ahead of Marcos Alonso and Emerson, particularly after his crucial away goal against Porto last week.

In midfield, N’Golo Kante appears in line for a start. The Frenchman has made a couple of substitute appearances since recovering from a hamstring injury.

It will be tough to pick between Jorginho and Mateo Kovacic, but the latter has reportedly suffered an injury in the final training session ahead of the game.

Further forward, there may be no changes from the weekend. Mason Mount has a goal or an assist in each of his last three appearances. He will certainly start.

The same can be said about Christian Pulisic, who was in sublime form against Palace, where he scored a goal in either half.

Kai Havertz is likely to continue in the false number nine role after producing his best league appearance of his Blues career last weekend.

He registered a goal and an assist but could have quite easily bagged a hat-trick. Timo Werner and Olivier Giroud will have to settle for bench roles.

Read: Chelsea could offer West Ham United a choice of three players to sign this midfielder.