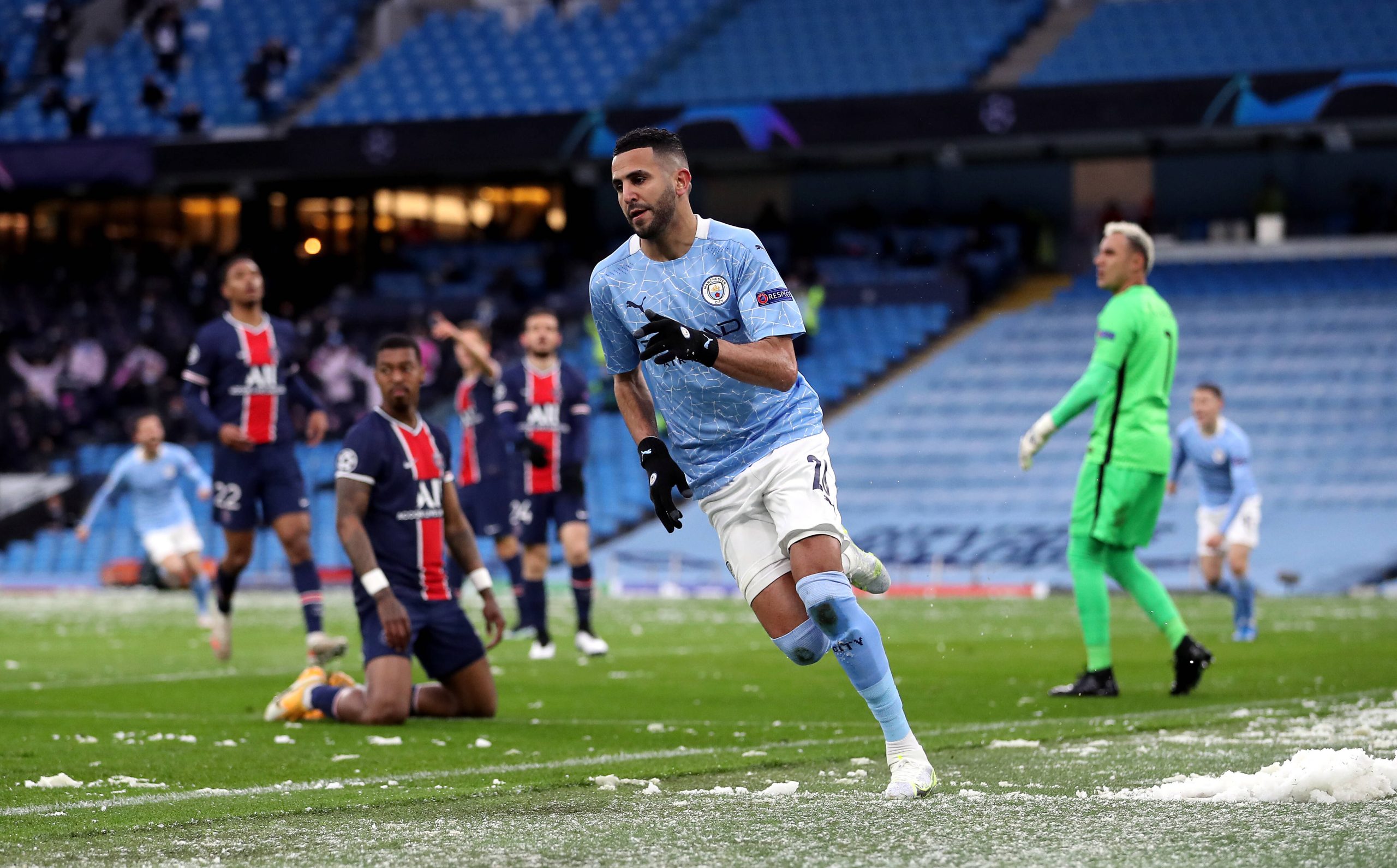 The Champions League draw was completed last night, with several exciting fixtures revealed to us. But no group caught the eye quite as much as Group A.

Two of the tournament’s favourites will clash in the group stages as Manchester City face Paris Saint-Germain. Joining them are 2020 semi-finalists RB Leipzig and Belgian side Club Brugge.

Here are the previous meetings between these clubs. 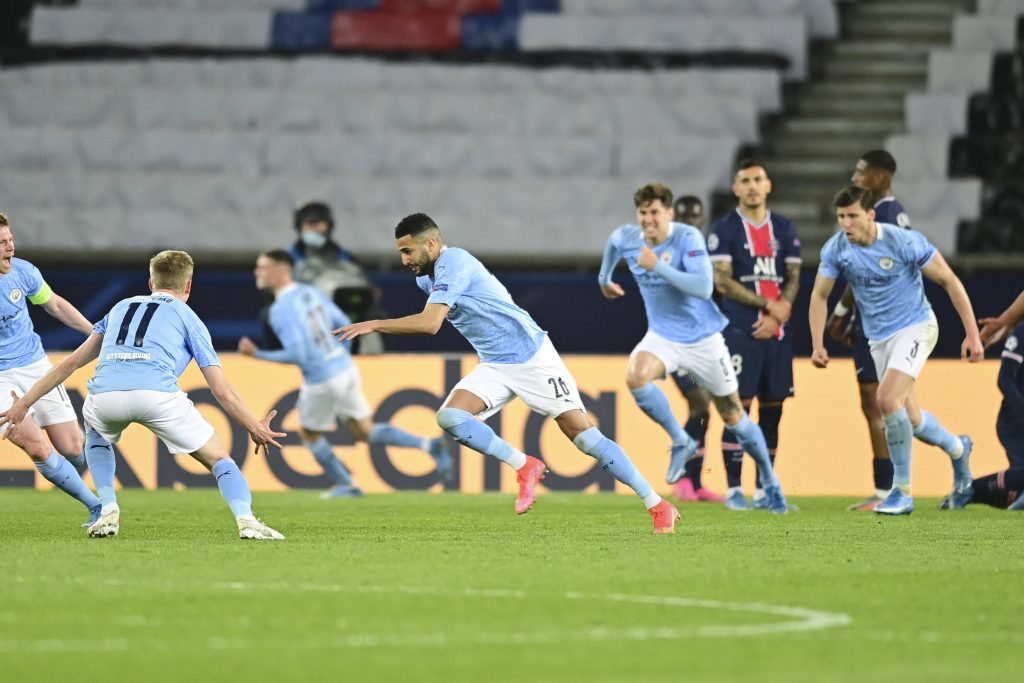 For the English side, the omens are encouraging. They have faced PSG five times in their history and are still yet to be beaten.

You don’t need a long memory to remember the last time these two met. They clashed in last year’s semi-finals, and the Cityzens ended up winning 4-1 on aggregate, with Riyad Mahrez netting three.

They also came up against each other in the quarter-finals of the Champions League in 2016.

The first leg was an exciting 2-2 draw, and Man City managed to progress with a 1-0 home win thanks to a beauty by Kevin De Bruyne.

However, PSG have one crucial advantage now: Lionel Messi. The six-time Ballon d’Or winner has a good record against the Premier League champions, especially against former manager Pep Guardiola.

He infamously scored a brace against the Catalan when he was at Bayern Munich in 2015 and netted a hat-trick against Man City in the group stages in 2016.

It ought to be an exciting match-up. 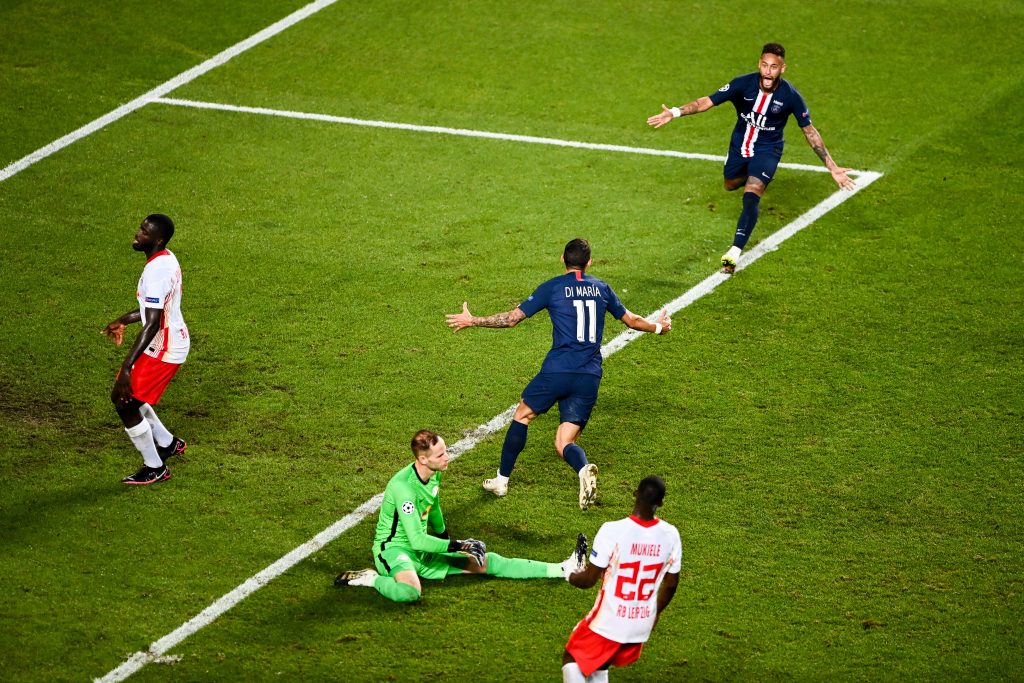 Another team and another former semi-final opponent for PSG.

A year before being eliminated by Man City, they reached the final with a win against Leipzig, who were appearing at this stage for the first time in their history.

Unfortunately for Die Roten Bullen, it was a rather miserable affair. Marquinhos opened the scoring early on, and Angel Di Maria made it two shortly before half-time. A strike by Bernat in the 56th minute put the game beyond all doubt.

The Bundesliga club would get some degree of revenge shortly afterwards when they were drawn in the same group the following year.

They won the home fixture 2-1 thanks to goals by Christopher Nkunku and Emil Forsberg. Although the reverse fixture ended 1-0 to Les Parisiens, with Neymar converting from the penalty spot. 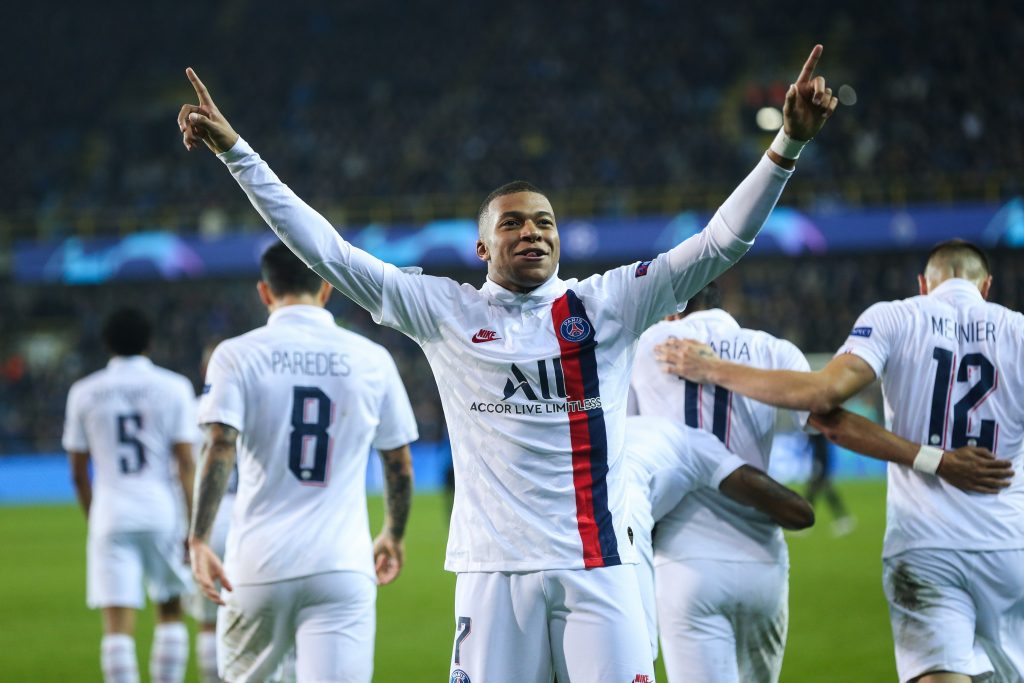 These two met in the group stages of the 2019/20 campaign, back when the French giants were managed by Thomas Tuchel.

The fixture in Belgium was a very one-sided spectacle. PSG came away as 5-0 winners, thanks to a brace by Mauro Icardi and a second-half hat-trick by Kylian Mbappe.

The second meeting was a bit closer, with Icardi scoring the only goal of the game in the 22nd minute. This time around, Brugge will be hoping to get themselves on the scoresheet. 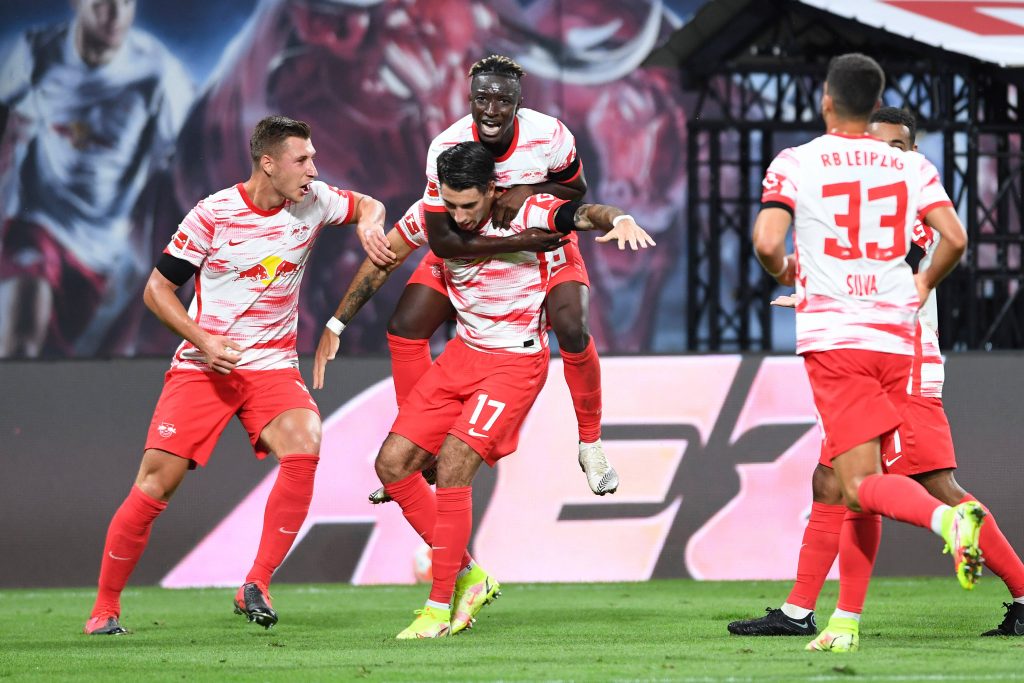 Given that Man City and Leipzig are relatively new to the European scene, it should come as no surprise that they have never faced each other before. Meanwhile, neither has faced Club Brugge either.

But it should be a fascinating watch. The Germans have caused plenty of problems for English opposition in the past, knocking out Manchester United in last year’s group stages and Tottenham Hotspur in the previous year’s round of 16.

Guardiola’s men will be wary of the threat that they pose. 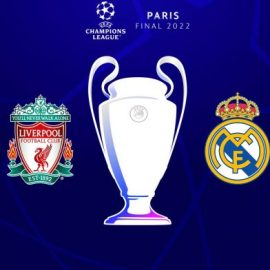 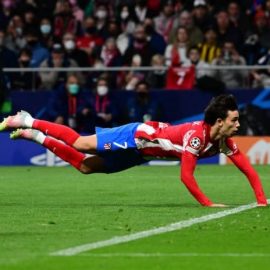 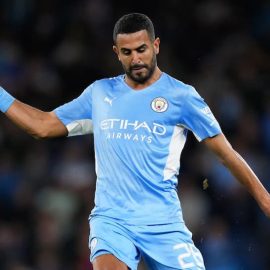 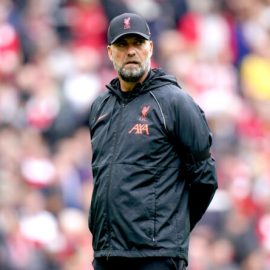 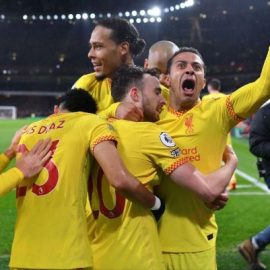 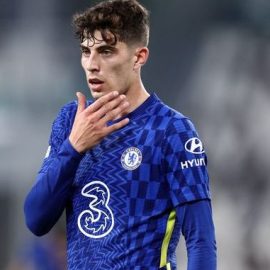