Real Madrid and Atletico Madrid will play in the 2016 Champions League final on May 28th at the San Siro in Milan, Italy – a repeat of the 2014 final in which Real beat Atletico 4-1 after extra time to win their tenth European crown.

Real are the most successful team in the history of the Champions League with their ten titles, with the Spanish side three ahead of AC Milan on seven titles. Atletico are still looking for their maiden Champions League title, having finished as runners up in both 2014 and 1974.

Check out our guide to Champions League final history below:

The Champions League has been won by 22 different teams throughout its history, with 12 of those winning the title more than once. Real Madrid have the most titles to date and can stretch their lead to eleven with a win over Atletico on May 28th. The country with the most successful participating teams is Spain with 15 winners. Italy and England are joint second with 12 wins apiece. 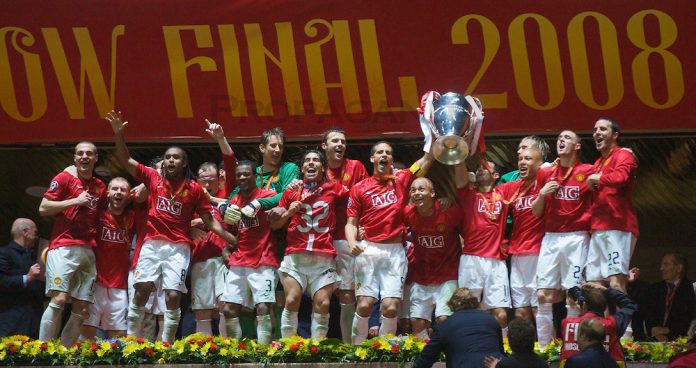 Some of the greatest players in the history of the game have graced the Champions League, with many having outstanding scoring records. However, two stand out as being the greatest European goalscorers of all time: Cristiano Ronaldo and Lionel Messi.

The pair lead the way in terms of goals scored and have done since 2014, with Messi overtaking Real Madrid legend Raul at the top after scoring a hat-trick against lowly APOEL in the group stage. Current Real Madrid superstar Ronaldo has not only joined Messi in beating Raul’s record since then, but the Portuguese talisman has stormed out in front of his Argentinian rival, establishing a ten goal cushion before the 2016 final.

Barcelona’s Messi has been the Champions League top scorer in a record five editions of the tournament, while Ronaldo has been top in four. No player has topped the Champions League goalscoring charts other than the pair since before the 2008/09 season (with Neymar sharing the award with both Ronaldo and Messi with 10 goals last season). With Ronaldo on 16 goals so far this season (an amazing seven ahead of Bayern’s Robert Lewandowski in second), that record should roll on for a ninth straight season. 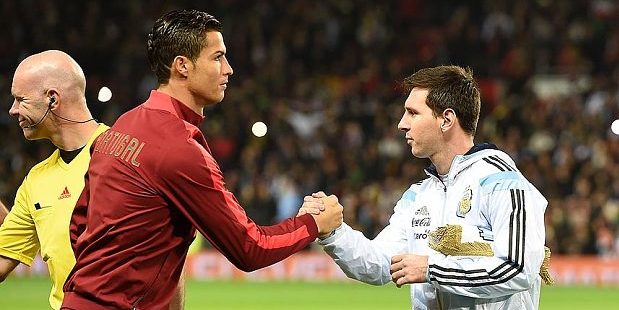 If Ronaldo scores in the final he will equal the record for most goals scored in a Champions League campaign (17) – a record he is already the holder of.

Of the top ten all time scorers in the competition, only Ronaldo’s teammate Karim Benzema and Swedish striker Zlatan Ibrahimovic are still active.

Below are the previous ten Champions League final results, starting with Barcelona’s 3-1 win over Juventus last year and ending with the Catalan side’s 2-1 win over Premier League side Arsenal in 2006 at the Stade de France. 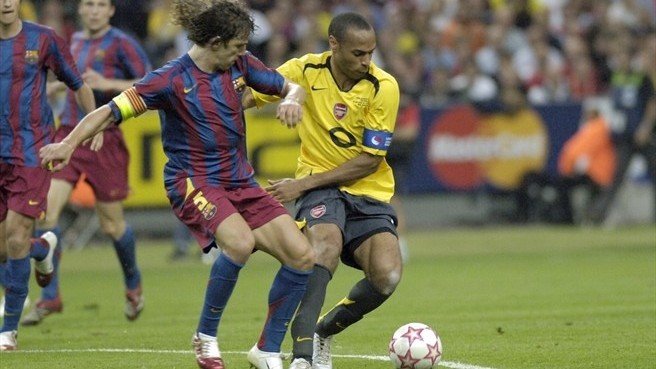 Real Madrid legend Iker Casillas holds the record for the most appearances is the Champions League, with the goalkeeper on 156. The Spaniard still plays for Portuguese side Porto and is able to stretch his lead in coming seasons, as are both Ronaldo and Ibrahimovic who are still active.

Carlo Ancelotti and former Liverpool manager Bob Paisley jointly hold the record for the most Champions League wins for a manager with three. Paisley won three European crowns for Liverpool between 1977 and 1981, while former Chelsea and PSG boss Ancelotti has won the competition in 2003, 2007 and 2014 – the first two while manager of AC Milan, and the last with Real Madrid.

Ancelotti, who takes over as Bayern Munich manager in the summer, was a runner-up in 2005 and also won the European Cup twice as a player, in 1979 and 1980, along with six others.