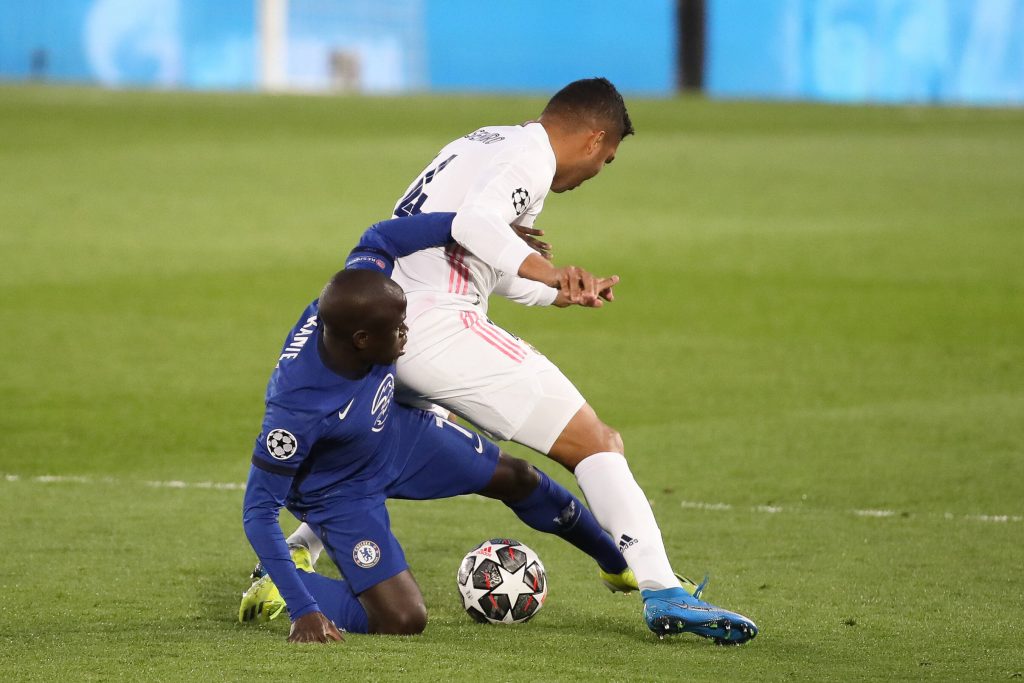 Thomas Tuchel’s side got a crucial away goal through Christian Pulisic in the Spanish capital, but Madrid pulled one back through Karim Benzema.

Fabregas, who left the Blues in 2019 to join current club Monaco, was heavily impressed with Kante’s performance.

The dynamic French midfielder was adjudged man of the match and caught the eye at the Alfredo Di Stefano Stadium.

N’golo has always been a big game player. Never doubt him. He plays for 2.

The former Arsenal star has suggested that the stage has been nicely set up for a fascinating return leg contest at the Bridge.

A close game in Madrid means we’re set up nicely for next week’s 2nd leg at the Bridge! 🤩 Was that a fair result on the balance of play?

Despite failing to win the first-leg tie in Madrid, Chelsea still have a slight advantage after securing a crucial away goal to take back to west London for next week’s return fixture.

The Blues should have killed the tie in Madrid, with Timo Werner firing a gilt-edged chance from close-range straight at Thibaut Courtois.

In other news, check Thomas Tuchel’s reaction to Pulisic’s performance in Madrid.