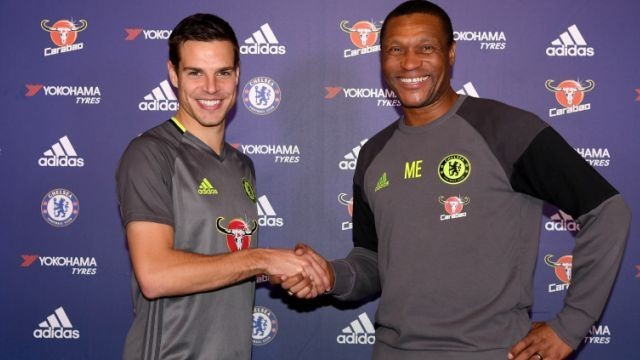 Chelsea right-back, César Azpilicueta, has signed a new three-and-a-half-year contract with the Blues.

The Premier League leaders have confirmed the agreement on their official website. The new deal will keep the Spanish international at the club until 2020. Azpilicueta has been one of Chelsea‘s best and most consistent performers since joining them from Marseille in 2012.

The 27-year old has played as a right-sided centre-back for Antonio Conte this season and has excelled in his new role. The Spaniard has played at left back when needed, as well, showing his versatility. The Chelsea defender is easily one of the best players in the league, and tying him down to a long-term contract will be a huge boost for the fans.

Azpilicueta is all set to make his 200th Chelsea appearance against Sunderland tomorrow night, and the Spaniard revealed his delight after having signed his new contract with the club. The club’s technical director, Michael Emenalo, also expressed his delight regarding the extension. 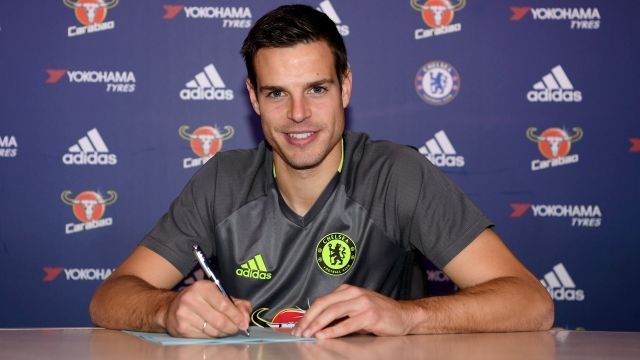 I’m really happy to have signed a new contract. Since I arrived here my target was to progress as a player and win trophies. This new contract gives me the chance to continue my relationship with the club, that’s what I wanted and obviously, I’m really happy here. We’ve had some really good moments so far this season. From day one, we started working very hard. We have a new manager with new ideas and I’m really happy to be working with him. Obviously, we can still improve but the long-term aim for us is to win trophies, that is what we all want, the players, manager and fans.

We are delighted César has chosen to extend his stay with us. Since he arrived four years ago he has proved himself to be an excellent professional and a top player, which he shows in every single training session and match. César wasted no time in adopting the Chelsea mentality and spirit, and anybody who has met him will have seen his incredible and undiluted commitment to the Chelsea cause.