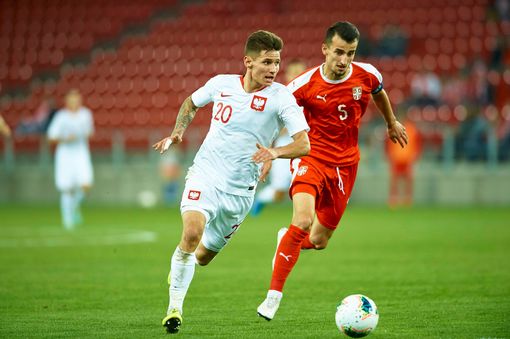 According to reports in Poland (h/t The Daily Record), Celtic are all set to land Patryk Klimala in the January transfer window.

The 21-year-old forward was being chased by a number of clubs, but it seems the Bhoys have won the race for his signature.

The report claims that Klimala has ‘agreed a £3.5m move’ to the Scottish Champions. He will undergo a medical on Monday before being unveiled as Celtic’s first winter signing.

It remains to be seen how Celtic’s transfer window shapes up given Edouard has been targeted by a host of clubs in the Premier League.

The French striker is the main goalscorer at Parkhead, and Celtic boss Neil Lennon has already made it clear that the 21-year-old will not be sold this month.

However, Leicester City are reportedly interested in signing him with the Foxes planning to make a bid in the region of £30 million for the striker.