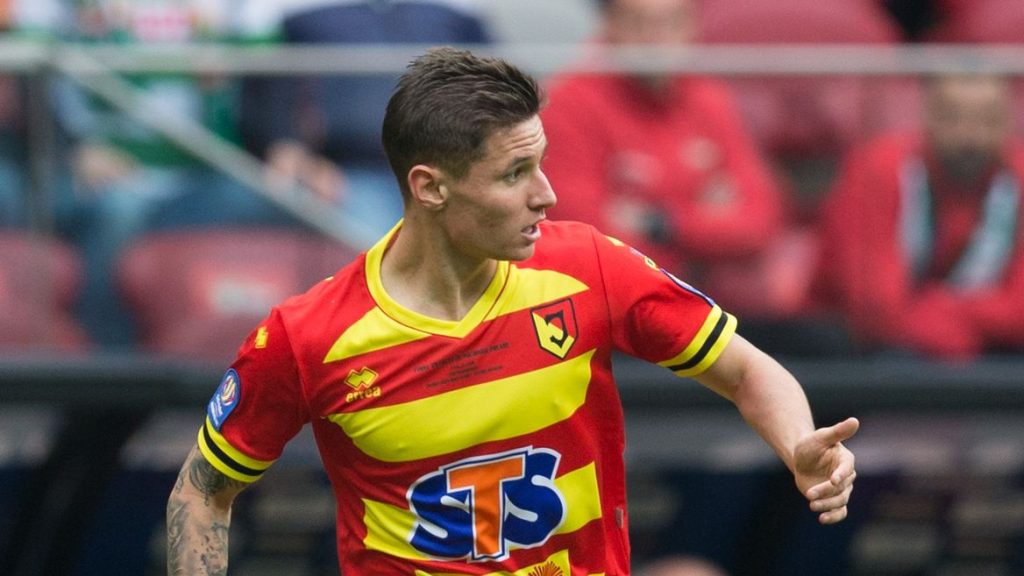 Celtic are interested in signing the Jagiellonia Bialystok striker Patryk Klimala this month.

According to Daily Record, the player is keen on a January move.

Klimala has been quoted saying: “My agent is to call me only when there are specific offers on the table. I don’t know what the outcome will be, but the talks will definitely start in January. If someone wants me and it is a good option, I will go and fight for my own. But first of all, I don’t want to be the fourth choice. Only the first. I want to develop, so I will also choose a league that will give me that.”

It will be interesting to see if the Scottish giants make their move for the player in the coming days.

Neil Lennon could use some attacking depth in his side and Klimala is certainly talented. The 21-year-old has 7 goals to his name this season.

He could be the ideal backup for Odsonne Edouard for the remainder of the season. Or he could partner the Frenchman in the attack.

Edouard is the main goalscoring threat at the club right now and he could do with some help. Klimala’s arrival will lessen the goalscoring burden for Edouard and give Lennon more options to work with.

Celtic are a big club with European football and that should be enough to tempt the youngster.

As per the report, the player is rated at around £3.5 million. Celtic should be able to afford that for a player of his talent.

Klimala could grow into a quality player for Celtic with time and coaching.

The deal makes sense for both parties and Celtic should do their best to get it done.