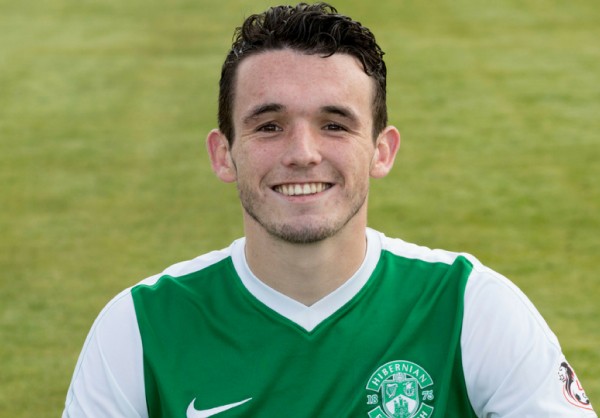 Celtic are hoping to sign the Hibernian midfielder John McGinn this summer.

According to Sky Sports, the Scottish champions have returned with an improved offer for the 23 year old midfielder after Hibs turned down their first two bids.

The report claims that Celtic’s third offer is in the region of £2m. The previous ones were around £1.5m and £1.7m.

McGinn has just one year left on his current deal at Hibernian, therefore, he is unlikely to command a big fee. It will be interesting to see how the Hibs react to this offer now.

Celtic believe that McGinn could be the long-term replacement for club legend Scott Brown. It would be quite a coup for Rodgers if he managed to pull it off. Brown rates the Hibernian midfielder quite highly as well and the 23-year-old could transform Celtic’s midfield next season.

McGinn was a part of Celtic’s win over NSI Runavik in the Europa League first qualifying round last week and he will be ineligible for the Hoops’ Champions League qualifying campaign if the move goes through.