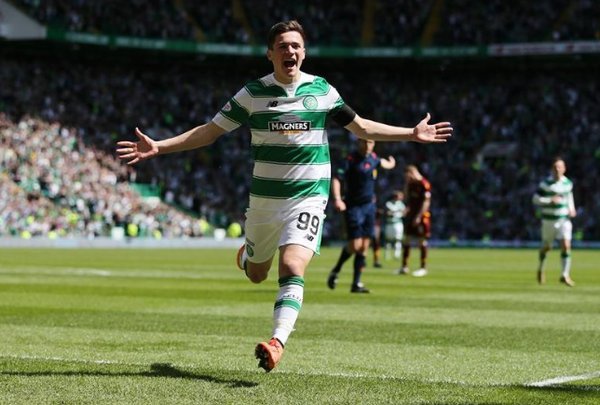 According to reports from The Scottish Sun, young Celtic striker Jack Aitchison will be allowed to leave on loan before the end of this week.

The 18-year-old has entered into the final year of his Celtic contract. And he is set to sign a new deal at the club before he moves out on loan.

The report claims that an agreement could be reached before the end of this week. After that, Aitchison will be allowed to secure a temporary switch to Dumbarton to get first-team experience.

Aitchison is one of the most highly-rated young players at the Celtic academy, and he needs to play regularly to continue his development. At this moment, Brendan Rodgers cannot offer him regular games, and a loan move will suit all parties involved.

The youngster grabbed the headline two years back when at the age of 16 he scored on debut after coming off the bench as Celtic beat Motherwell 7-0 win in Glasgow.

However, his progress has stalled since and managed only two games for the Bhoys. With the likes of Moussa Dembele, Leigh Griffiths, and Odsonne Edouard ahead of him in the pecking order, it is indeed difficult for him to break into the first team at the moment.