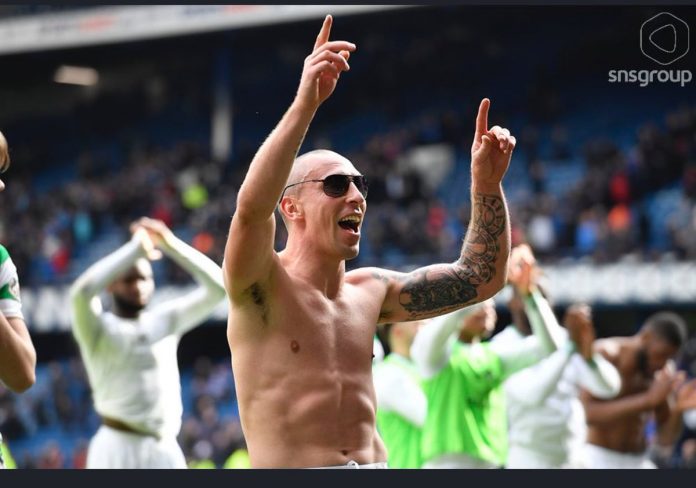 Celtic picked up a memorable 3-2 win over Rangers in the Old Firm derby earlier today despite being down to 10 men early on in the second half.

The hosts took the lead three minutes into the game through Josh Windass. Tom Rogic wiped out Rangers’ lead soon after, with a well-taken goal in the eleventh minute.

Daniel Candeias scored in the 26th minute to give the home side the lead once again. Celtic levelled things up right on the stroke of half-time through Moussa Dembele. Odsonne Edouard scored a stunning goal halfway through the second half to secure all three points for the visitors.

Rangers came close to equalizing but Morelos failed to score a tap in from six yards out.

Celtic are now 9 points clear at the top of the table.

Midfielder Scott Brown spoke to the media after the game and explained how the Hoops have done their talking on the pitch this week.

The experienced Celtic star said: “They talked all week but we do our talking on the park. We always do that. Whether we win or lose, we fight to the last minute and we have won here a few times now and we knew if we could do it even if we had 11 or 10 men.”

Here is how the Celtic fans reacted to his comments on Twitter.