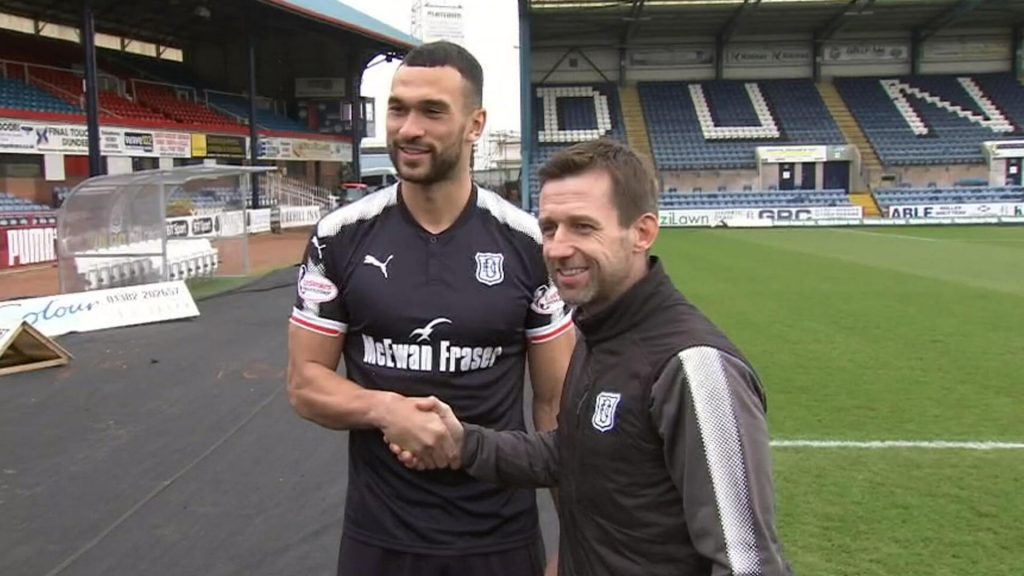 Steven Caulker left Dundee FC last week and Celtic should look to sign him on a free transfer.

The 26-year-old defender activated a clause on Friday that allows him to leave the club as a free agent.

Celtic could do with some defensive depth and Caulker would be a useful option. The former England international has plenty of experience at the top level.

Apart from his defensive ability, Caulker would provide Rodgers with more options. His arrival would allow Celtic to rotate at the back.

Furthermore, he has worked with Rodgers before at Swansea City. Last summer, Rodgers described the defender as an awesome talent.

He said: “He’s a boy that, if he can get it together and find a peace, then he is an awesome talent. He is 6ft 3ins, quick, strong, he can play. You would take him to WAR with you.”

The move could be ideal for the player as well. He needs to play for a manager who believes in his talent. Regular football under Rodgers might just resurrect the defender’s career.

It will be interesting to see whether Celtic make a move for the player now. On a free transfer, the move should be a no-brainer.

Rodgers could pull off a masterstroke if he manages to sign the 26-year-old this season.