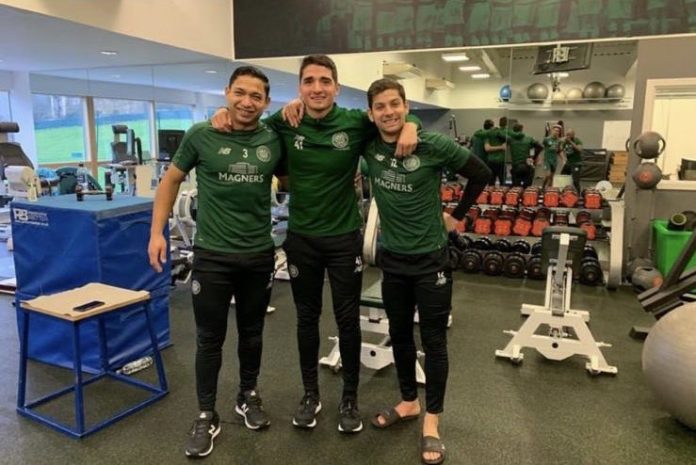 Celtic are set to sign the American full back Manny Perez in January.

The highly talented young defender had a trial with the Hoops and he has managed to impress the Scottish giants with his performances.

Rodgers is thought to be impressed with Perez and Celtic will complete the deal when the transfer window opens.

The 19 year old currently plays for North Carolina State University. He will have to secure a work permit before the move can be completed.

Perez is likely to be a part of Celtic’s youth squad. He could be a back up to the likes of Ralston and Gamboa from next season.

It will be interesting to see how Rodgers handles his development once the move goes through. The Celtic manager is good with young players and Perez will be looking to fulfil his potential under the management of the former Liverpool boss.

Celtic fans took to Twitter to share their thoughts on the arrival of Perez in January. Here are some of the reactions from earlier.

As someone who actually watches NCAA soccer, I don’t recall seeing this guy. Players at this level are usually very athletic but would lack the ball skills of an equivalent European academy player, and be well behind tactically. Just going on averages though.

Why are people whinging about this young guy? KT was still a project when he got in the team and look whats happened there!!!! KTF HH…

Seems Manny Perez must be at the standard Rodgers expects at this stage in his career.

It has been confirmed that the young right back will sign for us.