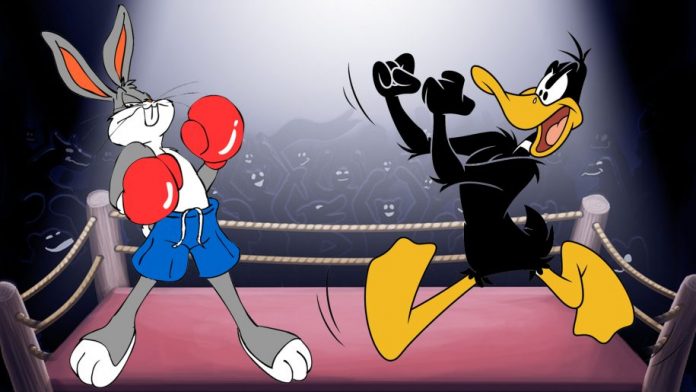 Celtic and Rangers. Why can’t they just get along?

In scenes reminiscent of a spat between Bugs Bunny and Daffy Duck, Scotland’s ‘Big Two’ have fallen out yet again – this time over allocation of tickets for away fans.

Celtic have confirmed they will issue just 800 away tickets for the Celtic Park clash between the pair on September 2 in response to their own allocation being cut by Rangers.

“It is unfortunate that the initial decision came without any form of discussion,” said a Celtic statement.

“The previous arrangements worked well for both sets of supporters as well as contributing to the status of the fixture as a sporting occasion.

“Following the unilateral action by Rangers, we cannot allow our own supporters to be doubly penalised, by having access to the away fixture reduced so dramatically, while not being offered the opportunity to maximise our own support at Celtic Park.”

Boo hoo. Is it really a surprise that this is where things have ended up? Celtic fans have been pretty vocal in their attempts to argue that their big rivals died when Rangers Football Club PLC was liquidated in 2012.

That being the case, how can Celtic claim that games against the current Rangers incarnation are an important ‘sporting occcasion’? You either recognise them as a bona-fide rival or you don’t. Which is it?

Both sides of this particular argument need to stop behaving like Bugs and Daffy and move forward together for the good of Scottish football. It’s time to grow up folks.

Jurgen Klopp loves a soundbite doesn’t he? Apparently, Real Madrid skipper Sergio Ramos is ‘ruthless’ and a ‘wrestler’ according to Klopp whose Liverpool team were deservedly beaten in last seaon’s Champions League final.

Amy thinks Jurgen needs to put a sock in it.

Blimey, such a bitter man. You had the best defender in the world in lovren and still lost.

This guy is a bad loser

Nice sentiment, but not their style.

Liverpool need to stop crying over this issue

It’s the third day of Kendal Calling. If you do nothing else today, check out The Slow Readers Club on the main stage. Or on YouTube if you’re not there.

Wolves’ goalkeeper Carl Ikeme has been forced to quit professional football aged 32 after battling with leukaemia.

However, Wolves’ decision to award Ikeme with the improved contract he would have received for playing in the Premier League is a simply magnificent gesture. Well done to whoever made it happen.