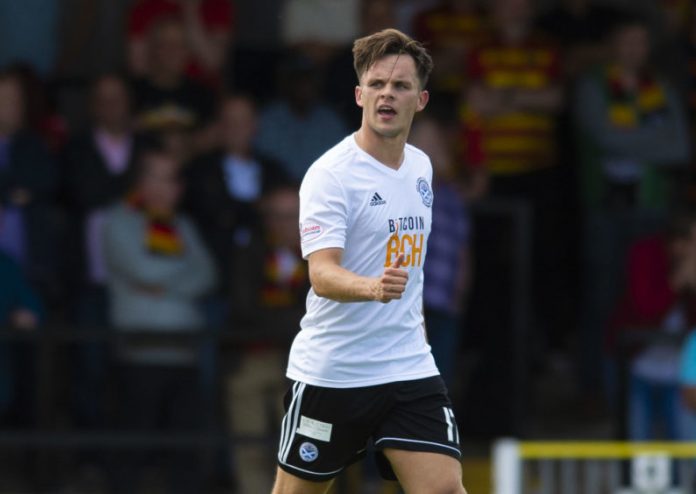 Celtic are thought to be keen on the Dundee United striker Lawrence Shankland.

According to Daily Record, Celtic scout Tosh McKinlay watched the player in action against Hibs a few days ago.

It will be interesting to see if the Hoops make a move for the striker anytime soon.

Shankland is in terrific form for Dundee United right now and he could prove to be a superb signing for Neil Lennon’s side.

The Hoops recently invested in a new striker and they might choose to wait until the summer and then make a move for Shankland.

It would be surprising to see Dundee United sell their best player midway through the season.

The 24-year-old forward has scored 24 goals in 24 games for the Scottish Championship side.

Celtic are heavily reliant on Edouard for goals and it will be interesting to see how their January signing Klimala performs in the coming weeks.

If the youngster fails to adapt properly, Celtic might need another striker soon. Shankland wouldn’t be a bad investment for them.

Apparently, QPR and Crystal Palace are keeping tabs on the highly talented forward as well.

It will be interesting to see where Shankland ends up at the end of this season.