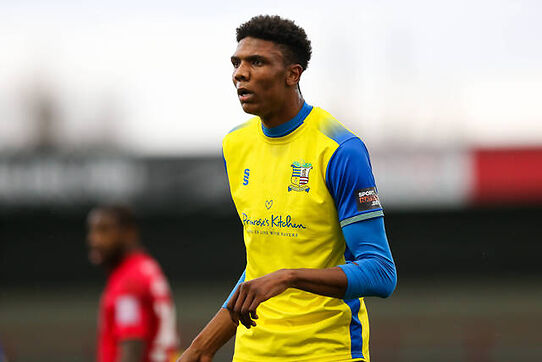 The Solihull Moors striker stands as Britain’s tallest outfield player at 6ft9in, and has generated attention from a host of clubs including Premier League champions Manchester City.

He is a bright young talent who scored 11 goals in 38 games last season.

The Athletic reported last month that City had watched the videos of the 21-year-old forward, and they were heavily impressed with what they saw.

In fact, City scouts were in attendance to watch him the following weekend.

Championship clubs Middlesbrough and Cardiff City are also interested in him, and it seems the Bhoys have joined the race as well.

At 21, he is at the stage where he should grab the best possible opportunity to join a big club that will help him grow.

Any young footballer would love to join Manchester City and play under Pep Guardiola if there’s an offer on the table, but then again, this is easier said than done.

Celtic or any Championship club would be an ideal place for his development.

Over the years, so many young talents have used Celtic as a platform to shape their career and Hudlin could do the same as well.

He can expect to get regular games if he performs well, which in course of time will help him get a move away to a top Premier League club.