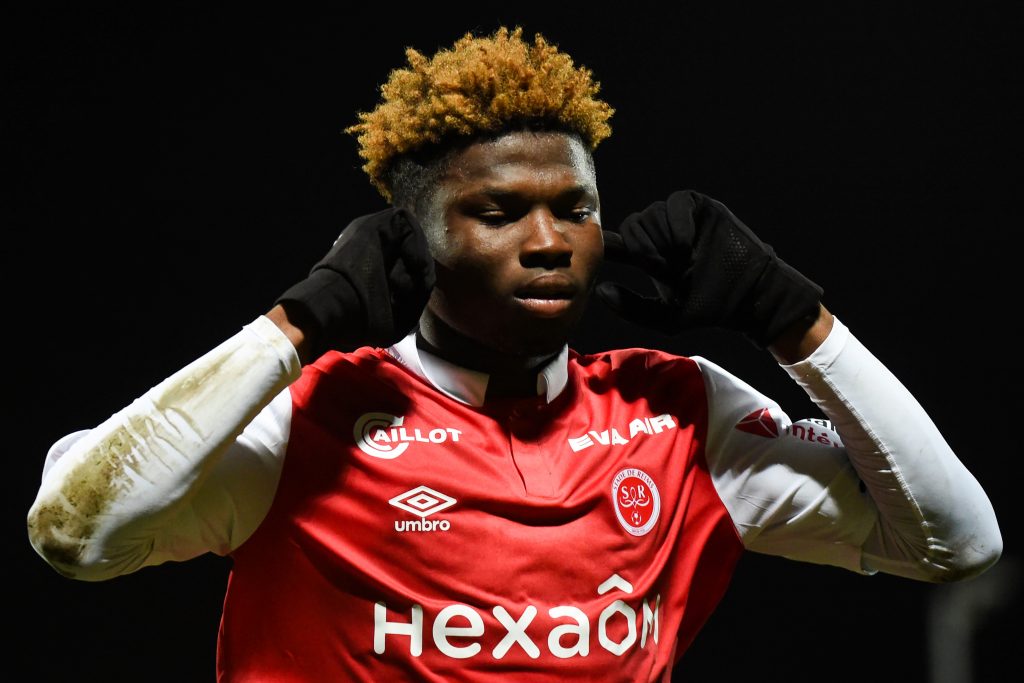 Celtic are thought to be interested in signing the Stade de Reims forward Nathanaël Mbuku.

The 18-year-old has made an impressive start to the season with Stade de Reims and his performances have caught the attention of Lille, Parma and Celtic. The youngster can play on both flanks as well as a striker.

According to Footmercato, Reims would demand a fee of around €8 million to sell the 18-year-old forward and it will be interesting to see if Celtic can agree on a deal with the French outfit.

Apparently, the Scottish club has made approaches in recent days to find out about the conditions of the transfer.

Mbuku is highly rated in France and he has a big future ahead of him. A move to Celtic could help him play regularly and realise his true potential.

The Scottish club have an impressive track record of nurturing young talent and they have proven that with the development of Moussa Dembele in the past and the recent emergence of Odsonne Edouard.

Mbuku has made twelve appearances for Stade de Reims this season and he has a goal and an assist to his name already.

He has the potential to establish himself as a French international in future and he will have to be careful about his next move.

Mbuku needs to join a club where he will be trusted with regular first-team football and Celtic might be able to provide him with that platform given their track record with young players.