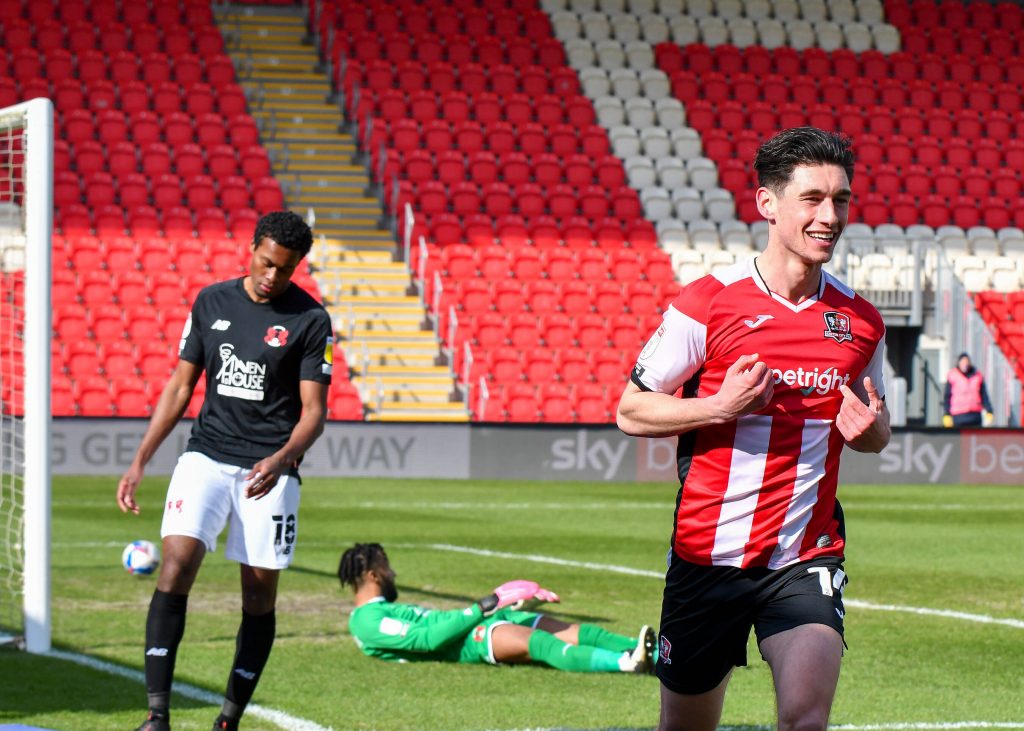 Exeter City winger Joel Randall is a target for Celtic this summer.

As per Football Insider, Norwich City and Peterborough United are also keen on the player.

The 21-year-old was in outstanding form for Exeter this past season, bagging 10 goals and five assists.

Celtic need more quality in wide areas, and Randall could be a solid long term investment. He can play on both flanks as well as a full-back.

Randall is valued at around £1 million, which is reasonable for a player of his potential, and Celtic must look to sign him up as soon as possible.

If the winger fulfils his potential, Celtic could have a future star on their hands and could sell him on for a significant profit in the future.

Ange Postecoglou needs to put together a talented young side at Parkhead, and a swoop for the Exeter attacker would be a good start to the summer window for the Scottish giants.

Celtic will be determined to win the title next year after losing their domestic crown to Rangers this past season.

They need to strengthen their squad considerably this summer, and their attacking options are clearly an area of concern.