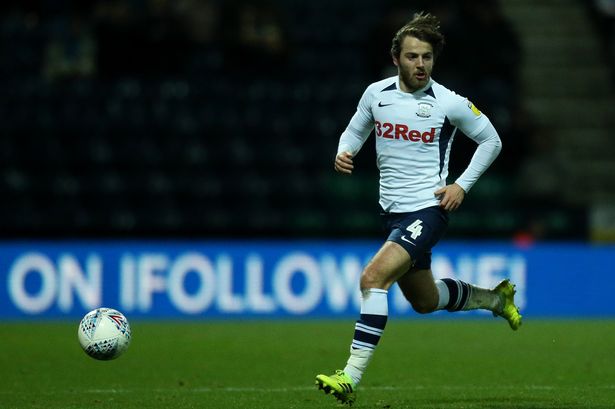 Celtic are interested in signing the Preston midfielder Ben Pearson.

The 25-year-old midfielder will be a free agent at the end of this season and Celtic have made initial contact with the midfielder as per Sky Sports.

It seems that the Scottish giants are looking to sign the player on a free transfer in the summer but they are looking to seal a pre-contract agreement with him this month.

The former Manchester United midfielder has done well for Preston and he could prove to be a quality addition to Neil Lennon’s midfield.

Celtic could use more depth in their site and a quality January signing could do wonders for them. They are trailing Rangers in the title race and someone like Ben Pearson will improve them in the middle of the park.

Celtic can no longer rely on Scott Brown to deliver every week and Ben Pearson could be his ideal long term replacement at the club.

The Scottish outfit won’t be the only ones looking to snap up the 25-year-old on a free transfer and it will be interesting to see if they can fend off the competition and secure his signature in the coming weeks.

The 25-year-old defensive midfielder is an excellent passer from the deep and he would help break up the opposition play. His arrival would allow creative players to play with more freedom as well.

Scott Brown has lost his pace and stamina with age and someone like Ben Pearson would be the ideal alternative.