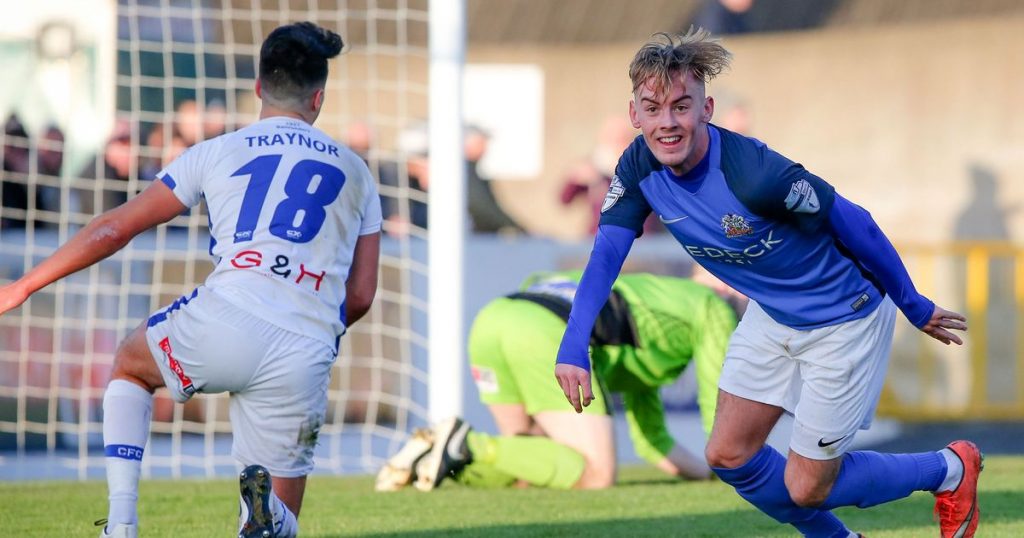 Premier League outfit Leicester City are set to battle it out with the Scottish champions Celtic for the signature of Glenavon midfielder Mark Sykes.

The highly talented 20-year-old midfielder has attracted a lot of attention with his performances in the Northern Irish Premiership.

According to reports, the Foxes are leading the chase for the player but Celtic are keen on signing him as well. Apparently, Leicester are keen on improving the pool of young talent at the club and Sykes is seen as the perfect addition for them.

Sykes has made a total of 79 appearances for Glenavon so far and it will be interesting to see whether there is a concrete offer for him in January.

Both Celtic and Leicester will be a huge step up for him and therefore convincing him should not be a problem. Furthermore, Glenavon are a part-time outfit in the Northern Irish Premiership so they will be more than happy to sell for the right price.

The former Northern Ireland under-19 international is expected to join up with Leicester’s U23 squad if the deal goes through. Similarly, Celtic will be hoping to develop him into a first-team star in future.