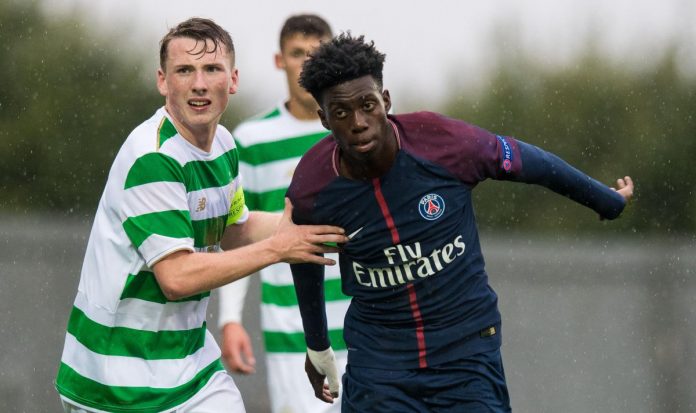 Celtic have agreed a deal to sign Timothy Weah on a loan deal until the end of the season.

Reliable French outlet RMC Sport are reporting that everything has been signed and the player is set to join up with his new teammates in Dubai for the winter training camp.

The report adds that Celtic do not have the option to sign the player permanently at the end of his loan deal. Weah will return to PSG.

Weah has been linked with Celtic for a while and Rodgers will be delighted to have got the deal over the line.

Celtic needed to improve their attack this month and the arrivals of Weah and Burke are ideal on paper. Both players can operate across the front three.

After the injury to Arzani and the situation with Griffiths, Celtic were lacking in attacking depth. The fans will be pleased with their new arrivals.

It will be interesting to see if Weah can adapt to the Scottish League quickly now. The PSG attacker is very highly rated and several clubs wanted to sign him on loan.

If he can find his form for Celtic, he could transform their attack during the second half of the season. Weah’s pace, flair and creativity will add a new dimension to Celtic’s attack.