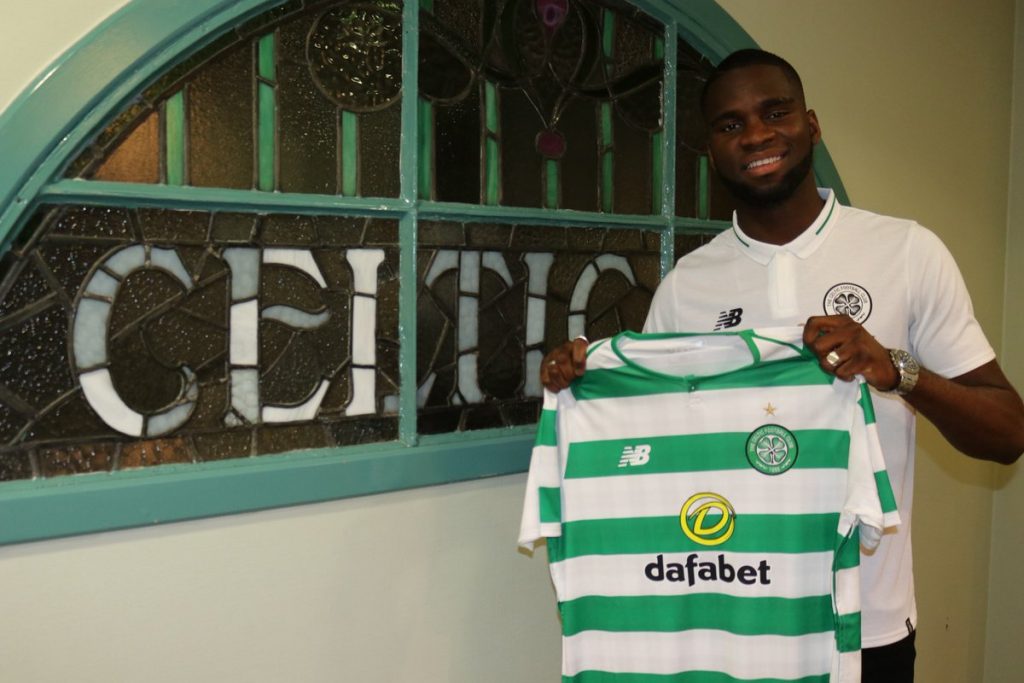 Celtic have confirmed the signing of Odsonne Edouard from Paris Saint-Germain.

The Scottish champions revealed on their official website that the striker has signed a four-year contract with them. Edouard will be Celtic’s club record transfer.

The 20-year-old was on loan at Celtic last season and he managed to impress Brendan Rodgers a lot. Edouard bagged 11-goals for the Scottish champions last year in just 29 appearances.

The Celtic boss described him as one of the best young players he has ever worked with.

The young striker is very highly rated within the game and despite the club record fee, he should prove to be a superb addition to Celtic.

Rodgers will want to do well in the European competitions next season and in order for that to happen; he needs to sign talents with higher potential. Edouard could be a leading star for his side.

Speaking to the Celtic media following his move, Edouard revealed:  “From the moment I walked into Celtic, the club has felt like home to me. I have been made to feel so welcome by everyone at the club and our fans have given me such brilliant support. Celtic is one of the world’s great football clubs and I was desperate to make my move permanent. The scenes from May when we achieved such a historic Double Treble and made the city come alive are still very fresh in our memories. To see our fans so happy is the reason you play football and now we want to do everything we can to bring our great supporters even more success.”

Celtic Manager Brendan Rodgers added: “We are delighted to make such an important signing. Odsonne is one of the best young players I have worked with and one of the best in Europe. Our fans saw exactly what he is capable of last season and we look forward to working with him again as we look to build on the tremendous success we achieved last year. I am sure he will be a big player again for us this season.”

Here is how the Celtic fans reacted to the signing.

Sent to me from heaven, Odsonne Edouard, you are my world! @Oedouard22