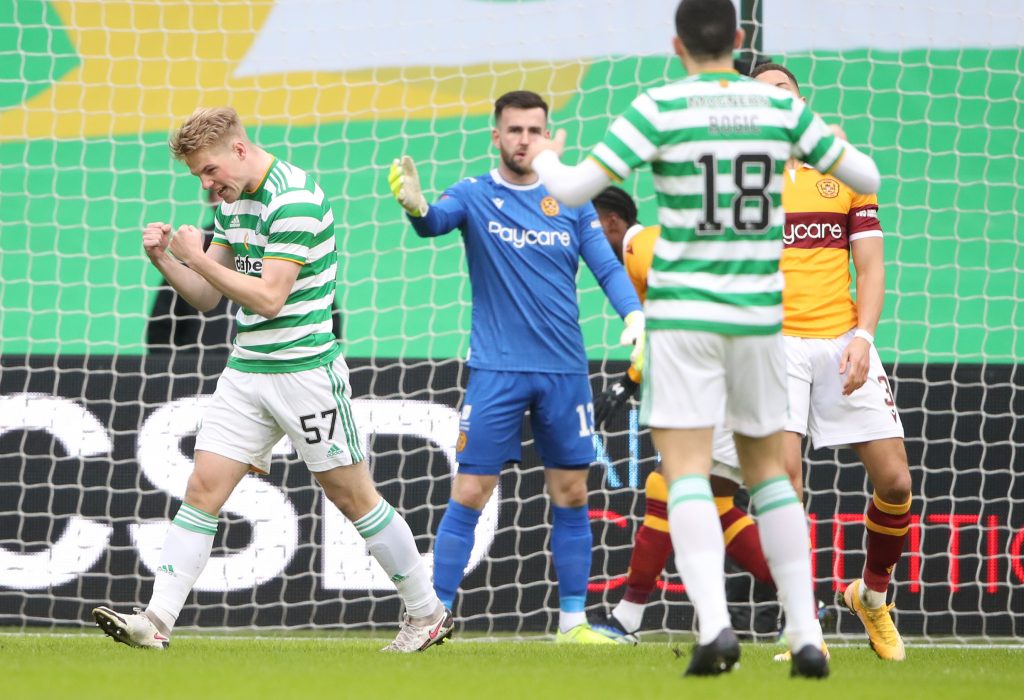 Celtic picked up a 2-1 win over Motherwell in the Scottish Premiership last night and Neil Lennon will be impressed with some of the performances from his players.

The home side managed to close the gap with Rangers to 20 points with the win.

Young centre-back Stephen Welsh certainly made an impression for the home side. He managed to score his first goal for Celtic and put in an assured defensive display.

The reigning champions were in desperate need of a reliable centre-back after Shane Duffy’s abysmal performances this season and it will be interesting to see if Welsh can establish himself as a regular starter in the coming weeks.

The young defender seems calm and composed in pressure situations and he showed yesterday that he can chip in with vital goals as well. His display will have given the youngster a lot of confidence.

Welsh is still only 21 and there is a lot of room for improvement. He is likely to get better with coaching and experience.

Some Celtic fans were really impressed with Welsh’s performance and here is what they had to say on social media.

That goal will do Stephen Welsh the world of good. Lots of potential there. He’s came through at Lennoxtown, he knows the Celtic way. Bleed him into this team. No more duds from England please!

A good half, played some decent stuff and deserve the lead

Once again, impressed with Stephen Welsh at the back. Scored a great header, has looked calm and composed at the back too. Never really let us down whenever he’s played so run in the side is definitely deserved

Very impressed by the performance of Stephen Welsh 🍀👏

Good to see Stephen Welsh get his first Celtic goal and picking up motm. 🍀 pic.twitter.com/Tru1lnP42z

Not damning with faint praise to say he was just about the only genuine positive from today.