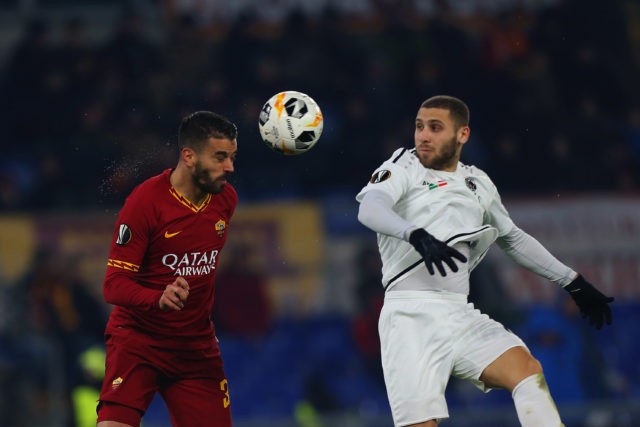 Celtic will be looking to win their 10th SPL title in a row next season, and for that Neil Lennon must bolster his squad in the summer.

Signing a central defender is a priority, while the Bhoys also need to bring a top-quality goalkeeper as well.

However, their transfer strategy could go for a toss if they lose their top striker Odsonne Edouard this summer. With Leigh Griffiths still struggling to find his best form, Celtic could be in the market to sign a striker this summer as well.

According to reports from Inside Futbol, Wolfsberger AC president Dietmar Riegler has claimed that they have received an offer from Scottish Premiership champions Celtic for their prolific striker Shon Weissman this summer.

The president told the Kleine Zeitung:

“As is known, he is drawn towards Germany or England.

“But we have not yet had any enquiries from there. Offers have come, amongst others from Russia and Scotland, from Celtic Glasgow.”

The 24-year-old has caught the attention of several top European clubs this season with his outstanding performances for the Austrian club.

The Israeli international has hit the ground running at the Lavanttal-Arena, where he has scored a phenomenal 37 goals in 40 games for the club. Celtic are reportedly interested in signing him.

Many Celtic fans have taken to social networking site Twitter to express their reaction. Here are some of the selected tweets:

Stats are great BUT…

Celtic were linked with Andraz Šporar last year (his stats were sensational) and he picked Sporting CP over us.

Since he’s signed he’s been an absolute let down. So… take that for a warning!

He's already commented he's not interested in a move to Scotland 🙄

That's the content we're here for. Give us more of this 🙂

More likely LG on way out

He is a player and would be great for us 🍀

Does that mean Eddie is on his way to arsenal? HH

The striker has got only 12 months left on his current deal, and Celtic have a chance to sign him at a reasonable price. The player, however, prefers to play in Germany or England.